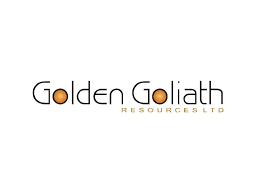 Golden Goliath Resources Ltd. (TSX-V: GNG) (OTC Pink: GGTHF) (FSE: GGZ) continues to discover new zones of mineralization along the Pakwash Fault as exploration continues following this structural trend to the east. These new extensive quartz stockwork zones were not seen in earlier work to the west. Hole K20-08, which was drilled to the south, was completed to 207m from a point 200m east of hole K20-04 and it was discovered that the basalt zone host found along the north side of the Pakwash fault has widened. The porphyry has started to thin going eastward and becomes more silicified. A major fault occurs at 111-114m in K20-08 with contorted, altered mafic volcanics with talc, chlorite and sericite alteration and separates two quartz veining zones from 51 to 110m and 114-187m. This lower section contains wide zones of brecciated quartz besides veining (see photos on company web site). The veins have pyrite along the walls and also within the veins as well as minor chalcopyrite and tourmaline. Basalt and the porphyry are the host rocks for these new vein stockworks. It was decided as a result of this discovery that two more holes will be drilled to test the Basalt horizon and fault further to the east under Beauregard Lake, and also to test a possible junction of an extensional fault that crosses or is a splay off the Pakwash Fault (see Figure 2). The first of these two holes (K20-09) is now underway from a drill pad located 80m east of K20-08 near the shore of Beauregard Lake (Figures 2 and 3). K20-09 has found a wider body of porphyry further to the east of hole K20-08 where it was narrowing, as well as altered basalt, and is presently cutting a major shear zone associated with the Pakwash Fault containing pyrite and sericite as seen in earlier holes 03, 06 & 07 to the west. 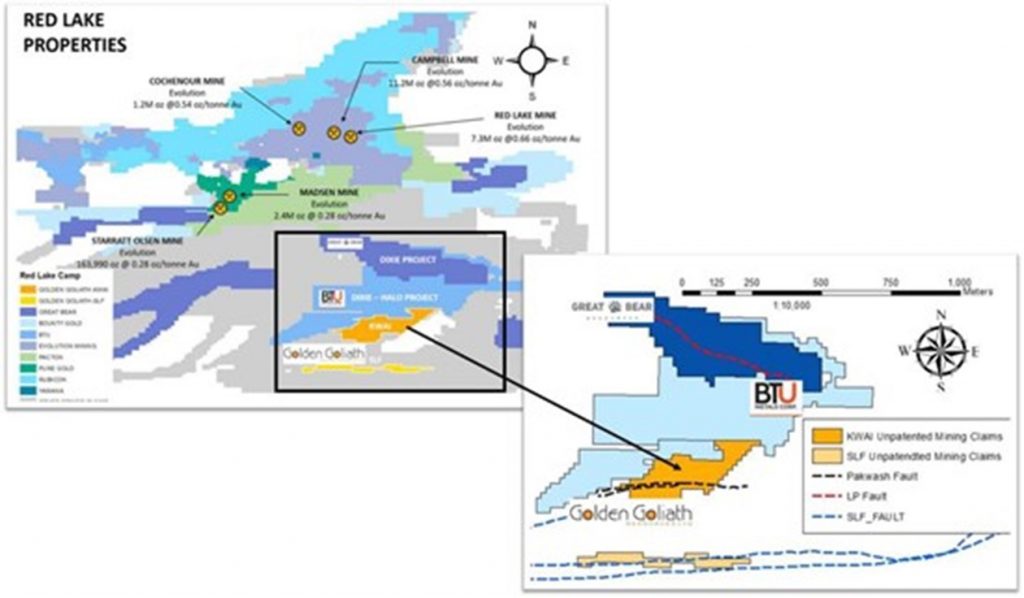 When these two holes are completed the drill will be moved to the south side of the West Grid to test a series of IP anomaly trends with associated pristine gold grains and a south fault that is parallel to the Pakwash trend. (see Figure 3 map of planned holes). This south fault can be seen on both the ground resistivity data and the airborne VLF survey. Those proposed holes should be completed on the West Grid before Christmas break. After the Christmas Break, access routes to the East Grid will be ready to start another phase of the drill program east of Beauregard Lake. 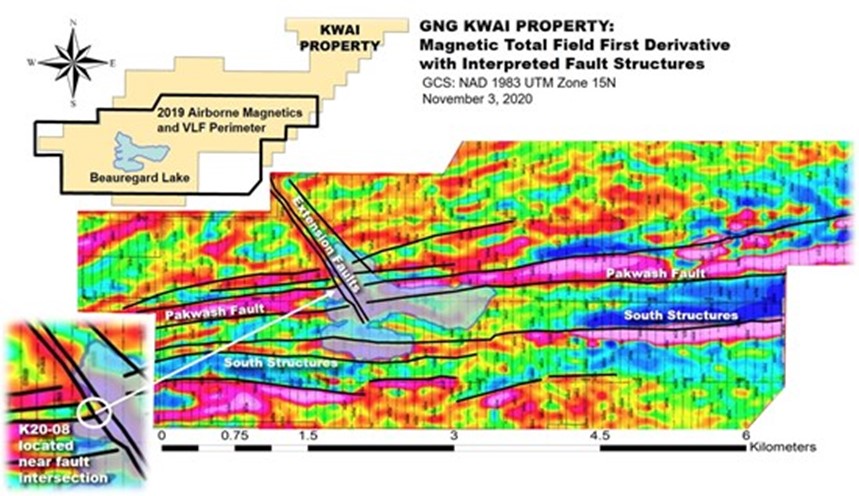 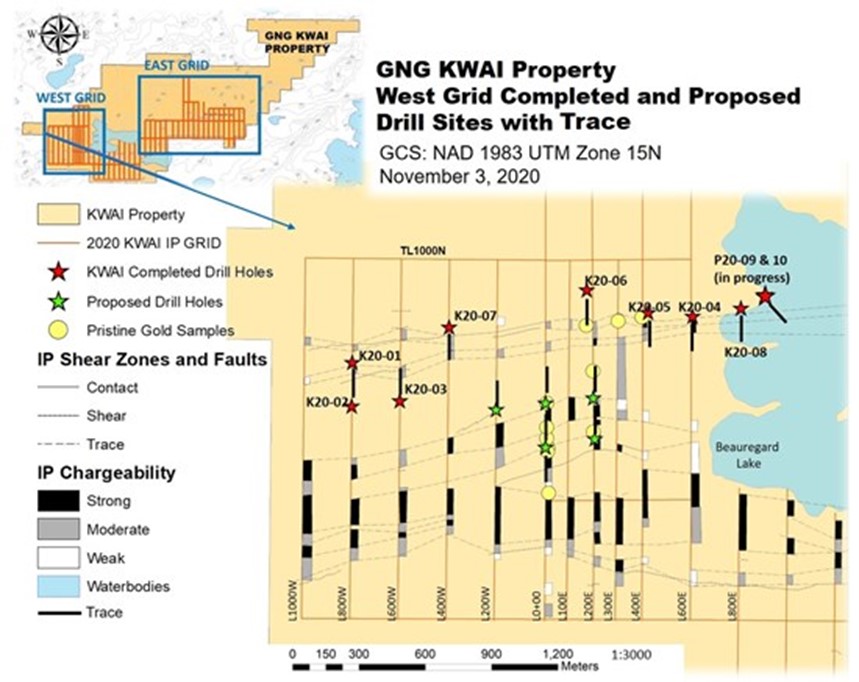 CEO Paul Sorbara Comments: “We have always known that splays or intersecting faults along the main Pakwash Fault were good locations. There is also one in the center of the East Grid. That is how we originally decided where to place the first two grids in 2019. The West Grid had to be cut west of the splay we are now nearing with hole K20-09 because the actual location was in the lake.”

This news release has been reviewed by Robert S. Middleton P.Eng who is acting as QP for this phase of the exploration under the NI 43-101 requirements.

Golden Goliath Resources Ltd. is a junior exploration company listed on the TSX Venture Exchange. The Company is focused on exploring and developing the gold and silver potential of properties in the Red Lake District of Ontario. The Company also holds a 100% interest in the San Timoteo property, located in the Sierra Madre Occidental Mountains of northwestern Mexico, as well as NSR royalties on several other nearby properties.