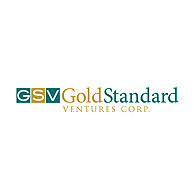 Jason Attew, President and CEO, commented, “We are very encouraged by the 2021 drilling results at the SB Zone. We are intersecting mineralization closer to surface than previously estimated and the target remains open to the south and east. We look forward to continuing to explore this target in 2022 with the goal of adding to the existing Pinion mineral resource by year-end.”

Note: Gold intervals reported in this table were calculated using a 0.14 g Au/t cutoff for oxide mineralization. Weighted averaging has been used to calculate all reported intervals. True widths are estimated at 70-90% of drilled thicknesses.

All Gold Standard sampling was conducted under the supervision of the Company’s senior geologists and the chain of custody from the project to the sample preparation facility was continuously monitored. A blank, certified reference material, or rig duplicate was inserted approximately every tenth sample. Samples were delivered to Bureau Veritas Mineral Laboratories preparation facility in either Sparks, NV or Hermosillo, Mexico where they were crushed and pulverized. Resulting sample pulps were digested and analyzed for gold using fire assay fusion and an atomic absorption spectroscopy (AAS) finish on a 30-gram split. Over limit gold assays were determined using a fire assay fusion with a gravimetric finish on a 30-gram split. All other elements were determined by induced coupled plasma (ICP) in Vancouver, B.C. Data verification of the analytical results included a statistical analysis of the standards and blanks that must pass certain parameters for acceptance to insure accurate and verifiable results. Additional QA/QC testing was completed with American Assay Labs in Reno, Nevada on the original sample pulps prepared by Bureau Veritas using fire assay fusion with an ICP finish.

Drill hole deviation was measured by gyroscopic down hole surveys that were completed on all holes by International Directional Services of Elko, NV. Final drill collar locations are surveyed by differential GPS by Apex Surveying, LLC of Spring Creek, Nevada.

All third party laboratories and service providers used or retained in the analysis of the samples are independent of Gold Standard.

Richard Yancey, Geology Manager, is the Company’s Qualified Person (QP) as defined by National Instrument 43-101 and has reviewed and approved the technical contents of this news release.