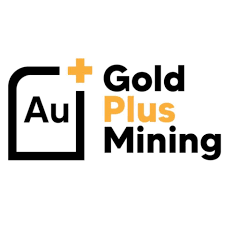 GOLD PLUS MINING INC.  (CSE :GPMI) (OTC: GPMNF) (FSE: 1I3) is pleased to announce that it has entered into a letter of intent for an option to acquire 100% of the “Vault” epithermal gold project, consisting of 13 contiguous and 5 fractional mineral claims (1,975 ha), located in southcentral British Columbia.

The Qualified Person (identified below) has not done sufficient work to classify the historical estimate as current mineral resources and the Company is not treating the historical estimate as a current mineral resource. This estimate is a non-verified resource prepared prior to the Company’s interest in the property, and has not demonstrated economic viability and are not to CIM definitions and guidelines.

To date, approximately 43,479 meters of drilling has been completed over 190 holes on the project. The project was owned and explored by Vale Canada Ltd. (formerly Inco Ltd.), under a joint venture with Seven Mile High Resources from 1986 to 1990. The Vault project returned drill intercepts of up to 15.11 g/t Au over 2.51m and 20.10 g/t Au over 2.57m. No silver assays were reported and intercepts are downhole intervals.

The Vault Property saw continued exploration and drilling into 2004 when Ecstall Mining Corporation drilled 1,415 meters in nine holes over mineralized zones on the “Main Zone” area and on the “North Vein” area that returned intercepts of up to 11.491 g/t Au over 1m as well as 9.196 g/t Au and 8.423 g/t Au. Mineralization begins at and near surface with 2004 drill intercepts returning up to 6.14 g/t Au over 1.5 meters starting at 26 meters depth and 3.10 g/t Au over 1.5 meters at only 10 meters depth.

CEO Charn Deol states, “We are excited at the prospect of including the Vault project into our portfolio of gold, silver and copper assets and, if acquired, will be our most advanced project to date. We are currently compiling data from previous gold discoveries made on the Vault project by Inco Ltd., formerly one of Canada’s largest gold companies, as well as other companies who have completed significant drilling and exploration on the project.”

About the Vault Property

The Vault Property is classified as a low sulphidation epithermal gold-silver deposit. The occurrence is hosted within the subaerial volcanic setting within the White Lake Basin. The White Lake Basin is the northern extension of the Republic Graben in northern Washington State, USA. More than 4 million ounces of gold were produced from similar low sulphidation gold deposits of the Republic Graben. The former producing Dusty Mac mine (1975-1976) located 10km to the southeast of the Vault Property produced 93,295 tonnes grading 11 g/t Au and 198 g/t Ag and is also classified as a low sulphidation epithermal gold-silver deposit.

The Vault Property is located in southcentral British Columbia about 0.5km north of Okanagan Falls with highway 3A/97 running diagonally through the property.

To date, four elongated, easterly plunging, elongate mineralized zones have been delineated over a strike length of 1500m. The two portions of the main zone are referred to as the “Central” and the “West” areas. Lahar, felsites and sandstones of the Eocene Lower Marama Formation host quartz/chalcedony veins of differing ages that have been fractured and re-cemented numerous times with gold-bearing siliceous material. These veins contain up to 15% disseminated, very fine grained pyrite and/or marcasite.

The above information provides an indication of the exploration potential of the Vault Property and may not be representative of expected results. The QP and the Company has not completed sufficient work to verify the historic information on the properties comprising the Vault Gold Property, particularly regarding historical exploration, neighbouring companies, and government geological work.

The technical information in this press release has been reviewed and approved by Mike Kilbourne P.Geo, a “qualified person” pursuant to NI 43-101.

The Company and the vendors have agreed that the Company will promptly commission and deliver a Technical Report on the project on or before February 4, 2021 and will further enter into a definitive property option agreement on or before December 18, 2020.

Under the definitive agreement, the Company has the option to acquire 100% of the property (subject to the NSR described below) for the following consideration:

The property is subject to a 2.5% NSR subject to a buy-back of 1% for $1,000,000. The Company has the option to terminate this agreement up to February 4, 2021. There may be a finder’s fee payable subject to regulatory approval.

About Gold Plus Mining Inc.