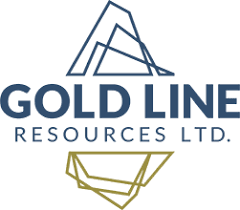 Five widely spaced reconnaissance drill holes were completed at Paubäcken for a total of 670 meters (m) in October and November 2021. Data from three of the five holes have been certified and received, and the Company is excited to report an intercept of 22.5 m core length averaging 2.40 grams per tonne gold; including a higher grade zone of 9.5 m averaging 4.6 g/t Au beginning at 46.5 m in drillhole (DH) PAU21003 (see Table 1). The Company is awaiting results from the remaining drillholes, PAU21004 and PAU21005.

This current drill program represents phase one of a two phase 1,500 m maiden drill program that will be completed early summer 2022. Phase I drilling of the program was completed at the end of November, and in agreement with the local reindeer husbandry, Phase II will commence once the reindeer have left the area.

DH PAU 21003 targeted a gold-in-bedrock anomaly of 1.43 g/t Au, previously identified at Paubäcken’s Aida target in fall 2021, as a result of a base of till/top of bedrock drilling and sampling program (Figures 1 and 2). This target was “blind” in the sense that all bedrock in the area is covered by a veneer of glacial till, and there is no bedrock exposure in the target area. The 22.5m intercept within DH PAU21003 is hosted by a strongly sheared amphibolite with intense biotite and calc-silicate alteration. The entire thickness of the amphibolite intersection was mineralized, which suggests there is additional exploration potential in other similar amphibolite units and structural targets. The Company is highly encouraged by the 53.9 gram-meter (grade thickness)1 intercept in DH21003 and plans to utilize these early exploration results to refine additional targets for Phase II of the drill program.

Zones of anomalous gold were also intersected in DH PAU21002, which was drilled approximately 450 meters to the southeast of DH PAU21003. This includes a sample with 0.55 g/t Au and numerous samples in the 0.1-0.5 g/t Au range. While not as enriched as the zone of mineralization intercepted in PAU21003, the mineralized intervals in PAU21002 also showed intense biotite and calc-silicate alteration as well as narrow amphibolite zones. The mineralization in PAU21002 appears to occupy a different structural trend than the intercept seen in PAU21003.

Note: A cut-off grade of 0.5 g/t Gold with internal dilution limited to less than 3m was used to calculate the reported intercepts. True widths are not known at this time due to the limited exposure and drilling in the area. However, the amphibolite contacts seen in the drill hole are at relatively high angles to the core axis.

Gold Line considers these initial results to be significant due to the:

The initial results from widely spaced reconnaissance holes underscore the potential of the Paubäcken project, with some of the strongest anomalies identified through the BoT/ToB program in the area, yet to be tested in the current drill program.

The Paubäcken Project consists of three licenses (17,097 ha) that cover the central part of an emerging gold belt in north central Sweden known as the “Gold Line Belt”. The Gold Line Belt is host to several significant gold deposits, including the nearby Barsele project (operated as a joint venture between Agnico Eagle Mines Ltd. and Barsele Minerals Corp) as well as the Svartliden mine and Fäboliden development project (operated by Dragon Mining Ltd). The Paubäcken Project is strategically positioned between Barsele and Fäboliden, and a few hundred meters north east of the Svartliden mine and features a regional shear zone with multiple untested gold anomalies.

Samples were collected in accordance with industry standard best practices. Samples were collected by Arctic Drilling AS and submitted for preparation at the MSALABS in Storuman, Sweden. Accredited control samples (blanks and accredited standards) are inserted into the sample intervals regularly. Drill core is sawed with a semi-automatic core saw, then core samples are crushed to a 70% pass 2mm, split (1000g), and pulverized to 85% passing 75µm (SAW-100 and PRP-920, respectively). Pulps are analyzed at the MSALABS in Langley, BC, Canada with a four-acid digestion and ICP-MS/AES finish (IMS-230) as well with a 30g Fire Assay and ICP-AES finish for gold analysis (FAS-114). A gravimetric determination for samples above 10g/t Au is used (FAS-415).

Comments on Nearby Mines and Deposits

The nearby mines and deposits discussed in this news release provide context for Company’s Paubäcken Project, which occurs in a similar geologic setting, but this is not necessarily indicative that the Project hosts similar styles, grades and tonnages of mineralization.

The technical information in this news release has been prepared in accordance with the Canadian regulatory requirements set out in National Instrument 43-101 and reviewed and approved by Michael Dufresne, M.Sc., P.Geol., P.Geo., a Qualified Person.

Gold Line Resources is focused on acquiring mineral properties with exceptional exploration potential in the most prolific gold-producing regions of Fennoscandia, and further delineating the historic. Gold Line is working in one of the world’s top mining jurisdictions and emerging exploration frontiers due to its strong mineral endowment, stable tenure, straightforward permitting, favourable tax regime and supportive geopolitical landscape.

Gold Line currently holds a prospective portfolio of five gold exploration projects in Sweden: one project is in the Skelleftea belt of north-central Sweden and four projects, including the Långtjärn property, are located within the Gold Line Mineral Belt of north-central Sweden. The projects are located on a 200-kilometre Proterozoic greenstone sedimentary belt that is host to multiple gold showings and deposits