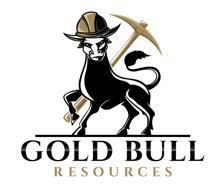 Gold Bull Resources Corp. (TSX-V: GBRC) is pleased to announce it has executed a Purchase and Sales Agreement to acquire 100% of the Sandman Gold Project  from Newmont for USD $4 million in cash.

Sandman is located in Townships 36 and 37 North, Ranges 35 and 36 East, Mount Diablo Meridian, Humboldt County, Nevada, USA. The property is situated south of the Slumbering Hills and west of the Tenmile Hills, circa 24 km northwest of the town of Winnemucca, Nevada. The property lies 23 km south of the successful Sleeper gold mine1 which historically produced 1.7M oz Au with M&I Resources in excess of ~3M oz Au2 (Figure 1). Sandman is accessed by driving west from the town of Winnemucca on Jungo Road for 15 km, and then an additional eight km to the north on dirt roads that lie largely within the property boundaries.

Significant gold mineralization at Sandman has been identified at the Southeast Pediment, Silica Ridge, North Hill, and Abel Knoll deposits (Figure 3) for which NI 43-101 mineral resources have been estimated (see section on Mineral Resource Estimate).

No significant historic mining activities have taken place within the Sandman project limits. Modern exploration of the Sandman project began in 1987 when Kennecott Exploration Company discovered gold in outcrop at North Hill. Kennecott and Santa Fe Pacific Gold Corporation formed a joint venture and conducted geologic mapping, surface sampling, geophysical surveying, trenching, drilling, and metallurgical testing through 1994. The joint venture drilled 275 reverse-circulation holes and three diamond-drill core (“core”) holes in this period, as well as 4,000 shallow auger holes to sample bedrock beneath the extensive sand cover. A block of claims staked by U.S. Borax was acquired by the joint venture in 1989. U.S. Borax had drilled 37 RC holes within these claims. The work of these companies led to the discoveries and partial definitions of the Southeast Pediment, Silica Ridge, and North Hill gold deposits, as well as the identification of the Adularia Hill, Basalt Hills, Basalt Fields, and Abel Flat exploration target areas (Figure 3).

Kennecott and Santa Fe terminated their joint venture and conveyed their individual holdings at Sandman to Western States Mining in 1997. WSMC and NewWest Gold Corporation subsequently conducted extensive exploration of the property, including rock chip and soil sampling, geophysical surveying, trenching, drilling, and metallurgical testing. WSMC also excavated a test pit at Southeast Pediment measuring 200-ft long by 50-ft wide by 15-ft deep. A 1,067-ton bulk sample of relatively high-grade mineralization was mined and shipped to the Twin Creeks mine of Newmont for milling and leaching.

In 2005 NewWest acquired the property from WSMC and employed Mine Development Associates to prepare a 43-101 report. In 2007 Fronteer acquired the Sandman property from NewWest Gold and then in 2008, formed a joint venture with Newmont. In 2011, Newmont acquired Fronteer and initiated Stage 2 studies and reporting, including drilling 364 holes within the Sandman AOI. In addition, Newmont began Stage 3 initial permitting, including waste characterization, aquifer testing, water rights acquisition, and metallurgical studies. The project was put largely on hold by Newmont between 2012 and 2016 due primarily to low gold prices.

The property boasts an extensive geological, geochemical and geophysical database with significant drilling and geological advancement post the 2007 resource estimate. The historical databases, in addition to 974 drill holes, includes 4,293 soil samples from 6 surveys, 3,519 rock chip samples from 23 surveys and an abundance of geophysical datasets including one airborne EM survey, three airborne magnetic surveys, one airborne radiometric survey, two CSMAT surveys at Silica Ridge and Southeast Pediment (2011, 2012), one IPRES survey, 576 gravity stations from one survey, and a basin model3.

Post the 2007 resource estimate, significant additional permitting, exploration and infill drilling has been conducted that has not been incorporated in an updated 43-101 Resource Estimate. Gold Bull intends to commission this update immediately post acquisition.

Sandman lies along the north-northwest-trending eastern margin of the Sleeper or Kings River Rift, which is regionally part of the Western Northern Nevada Rift (NNR). The Sleeper Rift consists of a regional aeromagnetic and gravity linear high that extends from the Idaho border to the Sleeper gold mine, (located 23 km N-NW of Sandman; Figure 1), through Sandman, and through the Goldbanks gold deposit (located 48 km S-SE of Sandman). Much of the property area is covered by windblown sand deposits and Late Tertiary to Quaternary basalt. Mapping, exploration drilling, and extensive shallow auger drilling through the sand indicate that most of the sand and basalt in the project area are underlain by a section of Tertiary tuffaceous rocks and andesite, which in turn overlie Late Triassic to early Jurassic metasedimentary clastic and subordinate carbonate rocks.

The Southeast Pediment, Silica Ridge, North Hill, and Abel Knoll Au+Ag mineralization at Sandman are classified as low-sulfidation, quartz-adularia, epithermal deposits. The mineralization is hosted by Tertiary volcanic rocks, primarily in tuffaceous units, andesite porphyry, tuffaceous sedimentary units, and basalt. Northwestern Nevada contains a number of similar middle Miocene Au-Ag deposits that occur in silicic volcanic or subvolcanic rocks, including the Sleeper, Tenmile, National, and Hog Ranch deposits (Conrad et al., 1993). The abundance of adularia and relative paucity of silicification associated with much of the Sandman mineralization compares more closely to the mineralization type at the Round Mountain mine located to the south in Nye County, Nevada.

The Sandman drill-hole database includes at least partial records of 974 drill holes, including 175 core holes. Drilling was concentrated at the Southeast Pediment, Silica Ridge, North Hill, and Abel Knoll deposits; other holes were drilled within various exploration target areas throughout the property. An additional 4,000 auger holes, totaling >30,000 m, were also drilled at Sandman. The drill holes used in the 2007 mineral resource estimations are listed in Table 1.

The mineral resource reported in 2007 for the Sandman project was modeled and estimated in accordance with Canadian Institute of Mining, Metallurgy and Petroleum definitions. Gold resources at Southeast Pediment, Silica Ridge, North Hill, and Abel Knoll are summarized in Table 2.

A Measured & Indicated Resource of 271,900 oz Au plus an Inferred Resource of 38,000 oz Au result in a total Resource of 309,900 oz Au at Sandman from four of the known five deposits. A cut-off of 0.34 g/t was chosen to reflect mineralization potentially available to open-pit extraction and heap-leach processing, and MDA believes that this cut-off is reasonable for the reporting of the Southeast Pediment mineral resources above an elevation of 4,200 ft, as well as all of the Silica Ridge, North Hill, and Abel Knoll resources. Southeast Pediment mineral resources may be subject to higher extraction costs, or lower recoveries, and therefore were reported at a more conservative cut-off of 0.69 g/t.

Bottle roll, column leach, and some gravity concentration tests have been undertaken on trench and drill- hole samples from the Southeast Pediment, Silica Ridge, and North Hill deposits. The bottle roll and column data indicate that the gold mineralization tested is amenable to direct cyanidation. The data consistently show that cyanide extractions increase with decreasing particle size for the samples tested. Samples that were pulverized to -100 mesh yielded an average gold extraction of 94.3%, while RC chip samples tested at the ‘as-received’ size and samples crushed to -0.25-inch yielded an average gold extraction of 77.8%. There is no clear relationship between the cyanide extractions and gold grades of the head samples, although there is some evidence that samples with higher head grades require a longer leach time to achieve comparable extractions. Cyanide consumptions and lime requirements are low to moderate.

The bulk sample extracted from the test pit at Southeast Pediment was sent to Newmont’s Twin Creeks mine for milling and cyanide leaching. Over 95% of the gold in the 1,067-ton sample was recovered, which is consistent with the bottle roll results generated from samples pulverized to -100 mesh.

Exploration work completed at Sandman to date has resulted in the discovery of four gold deposits and the identification of other target areas that remain to be explored. Sandman provides the potential for near-term production from one or more of the known deposits. There is also excellent potential for the discovery of new precious-metal mineralization beyond the limits of the deposits, as demonstrated by the discovery of the Abel Knoll deposit in 2006.

Gold Bull believes that Sandman is a property of merit that warrants significant additional expenditures. Programs aimed at increasing the size of the Sandman mineral resources and defining new areas of mineralization are justified in a Phase I work program. Drilling at the four deposit areas in 2006 and 2007 concluded with open-ended mineralization in a number of drill holes, and step-out RC drilling in these areas should continue.

Sandman is a large property that is extensively covered by alluvial gravels and wind-blown sand. Four discrete gold deposits have been discovered at Sandman, which proves the existence of multiple hydrothermal systems and suggests that the potential for the discovery of additional deposits is excellent. Geophysical, geochemical, and geological data have led to the identification of a number of quality exploration targets that are not fully explored. The Phase I program recommends first-pass or follow-up drill testing of these targets. Further work aimed at developing new exploration targets is also warranted. Geophysical and geochemical surveys should be completed with the goal of defining new targets. Additionally, scoping-level economic studies should be completed as deposit resources continue to be refined.

On 12 October 2020, Gold Bull, via its 100% owned Nevadan subsidiary, Sandman Resources Inc., executed a Purchase and Sales Agreement with Newmont USA Limited and Fronteer Development LLC to purchase 100% of the Sandman Project, located in Humboldt County, circa 23km from the town Winnemucca, Nevada.

Gold Bull will pay Newmont four million dollars (USD$4,000,000) for 100% interest in the Sandman Project, to be paid within forty five days. Upon payment, Gold Bull will assume ownership of Sandman. The acquisition includes all mineral rights, transferable permits, data and drill core relating to the project. Existing royalty obligations transfer with the project.

Closing of the acquisition is subject to Gold Bull’s routine filing requirements with the TSX Venture Exchange and subject to financing.

Cherie Leeden, B.Sc Applied Geology (Honours), MAIG, a “Qualified Person” as defined by National Instrument 43-101, has read and approved all technical and scientific information contained in this news release. Ms. Leeden will become the Company’s Chief Executive Officer, following the closing of the acquisition of the Big Balds gold project, previously announced on August 17, 2020.

Cherie Leeden relied on information contained within the Technical Report on the Sandman Gold Project, prepared by Mine Development Associates for NewWest Gold Corporation, dated May 31, 2007. Authored by Michael M Gustin, R.P. Geo. And James Ashton, both Qualified Persons as qualified by the National Instrument NI 43-101.

Gold Bull Resources Corp. is a gold focused mineral exploration and development company that strives to generate and advance high-reward project acquisitions in regions with proven mineral wealth. The company’s exploration hub is located in Nevada, USA and is focused on precious metal projects located in top-tier mineral districts that contain significant historical production, existing mining infrastructure and an established mining culture. The Company’s primary focus is on project generation and evaluation in Nevada and its secondary focus is in Utah, USA. Gold Bull is led by a Board and Management team with a track record of exploration success. Gold Bull’s objective is to generate stakeholder value and superior investment returns through the discovery and responsible development of mineral resources.