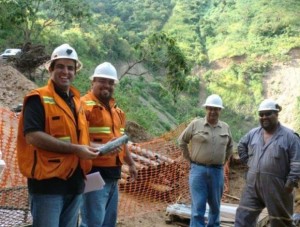 GoGold Resources Inc. (TSX: GGD), announce that Mr. Terrence R. Cooper, Q.C., of Halifax, Nova Scotia, has joined the Board of Directors of GoGold (the “Board”) effective as of Tuesday, January 22, 2013. Mr. Cooper is as an independent director who has been appointed to the Board to replace Daniel Whittaker, Executive Vice President, Chief Administrative Officer and Corporate Secretary who has resigned as a director.   Mr. Cooper has been appointed by the Board to the Company’s Audit Committee and Corporate Governance Committee.

Mr. Cooper has been practicing law in Nova Scotia for the past forty years.  He served as a solicitor with the Nova Scotia Department of the Attorney General prior to co-founding the law firm of Cooper & McDonald in Halifax.  He is currently a lawyer with the law firm of Boyne Clarke in Dartmouth, Nova Scotia and also acts as a per diem Crown Attorney.    Mr. Cooper holds a B.A.  from Saint Mary’s University and his B.Ed. and LL.B. from Dalhousie University.   He is a former member of the Canadian Bar Association and the American Trial Lawyers’ Association.

President’s Comments
“We are very pleased to have Mr. Terrence Cooper Q.C. join GoGold’s Board of Directors,” said Terence Coughlan, President and CEO. “Mr. Cooper will bring experience and additional strength to our organization and we look forward to his guidance as the Company moves its projects forward.”