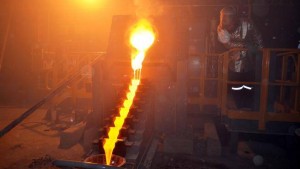 GoGold Resources Inc. (TSX:GGD) is pleased to announce an early warrant exercise incentive program designed to encourage the exercise of the common share purchase warrants exercisable for common shares of the Company which were issued on July 27, 2012 in connection with the Company’s acquisition of Absolute Gold Holdings Incorporated. There are an aggregate of 12,150,000 Warrants outstanding as of today’s date, all of which have an exercise price of $1.50 per common share and expire on January 24, 2015.

Disinterested shareholders holding approximately 54% of the issued and outstanding Common Shares as of today’s date have entered into support agreements with GoGold confirming their agreement to the terms of the Warrant Incentive Program and their commitment to execute and deliver a written consent to GoGold.

The Warrant Incentive Program is also subject to approval by the holders of 66 2/3% of the Warrants in accordance with the terms of the indenture governing the Warrants, as well as receipt of required regulatory approvals, including final approval of the TSX.

Each Warrant that is not exercised during the Early Exercise Period will continue to entitle the holder to acquire one Common Share at the current exercise price of $1.50 until January 24, 2015 in accordance with its terms and the terms of the indenture.