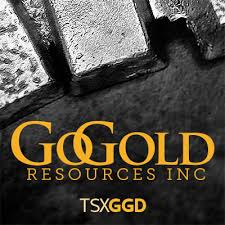 Hole LRGT-20-003 was drilled on the La Trini deposit  and intersected a silicified and altered quartz rhyolite  unit from 128.0 to 157.8m for 29.8m of 713 g/t silver equivalent, consisting of 532 g/t silver and 2.41 g/t gold.  The intersect included 4.5m of 4,251 g/t AgEq, which was made up of 3,289 g/t silver and 12.83 g/t gold. The hole was set up to twin historical RC drill hole TRRC-32 completed by TUMI Resources in 2007, with both holes entering and exiting the mineralized zone at similar depths and both carrying high grade silver and gold mineralization.

“We are very excited that our initial holes on the La Trini deposit have confirmed significant widths of high-grade silver and gold mineralization. The La Trini deposit is a flat-lying zone that outcrops on surface, strikes approximately east-west and dips gently to the north around 20 degrees.  These characteristics, combined with the gentle topography, will allow GoGold to rapidly develop the Mineral Resource of the deposit by drilling a series of short holes from surface over the next 4 to 6 months.  We’re following the same exploration strategy and approach that we used to develop the initial Mineral Resource Estimate at Los Ricos South,” said Brad Langille, President and CEO.  “Post-resource, we continue to hit very encouraging results at the Rascadero target within our Los Ricos South project, which we will continue to follow up on.”

Currently the Company has 3 drill rigs operating at Los Ricos North, with the initial focus on the La Trini, Mololoa and Solomon targets.  The Company is currently on the 14th drill hole at the La Trini deposit  and more results will  be announced shortly.

The Los Ricos North Project was launched in March 2020 and includes drilling at the Monte del Favor, Salomon, La Trini, and Mololoa targets.