“The La Trini deposit continues to deliver wide widths of strong silver and gold mineralization. Also, we have drilling operations at Salomon-Favor and have initiated drilling at a newly discovered zone called El Orito, which is approximately 1.5 km west of Salomon-Favor. We see Los Ricos North as a large mineralized system and over the coming weeks and months we expect to expand on this with our aggressive exploration program,” said Brad Langille, President and CEO.

A cross section of the intercepts at La Trini, drill plan map, topographical view of the drilling to date, and a map of the Los Ricos North drilling sites and surface sampling is available at https://gogoldresources.com/images/uploads/files/LRN20201014.pdf.

The Los Ricos North Project was launched in March 2020 and includes drilling at the Salomon-Favor, La Trini, and Mololoa targets. 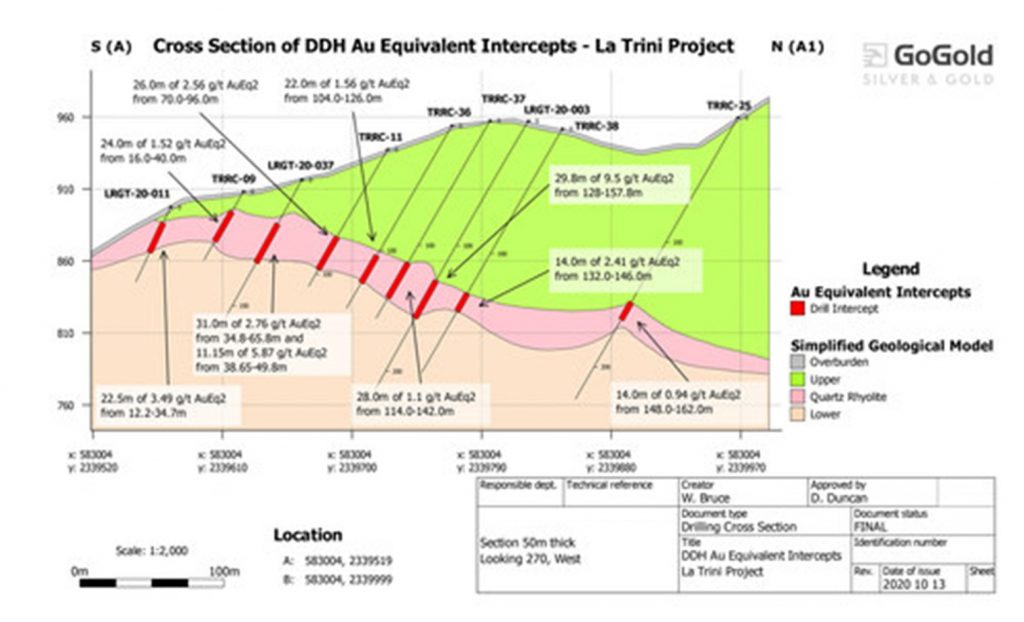