“The El Favor East zone is truly developing into a significant discovery in Los Ricos North,” said Brad Langille, President and CEO.  “We are currently drilling 900 metres to the east of the original discovery hole 48, and we are seeing what appears to be strong mineralization.  These results and other pending results may impact on the upcoming initial resource for Los Ricos North.”

The El Orito deposit (as presently defined) is located about 800 metres along strike to the west of the Hundido Pit (see Figure 3).  Wide zones of precious and base metal mineralization were cut by drill holes at El Orito at elevations between 600 to 800m. 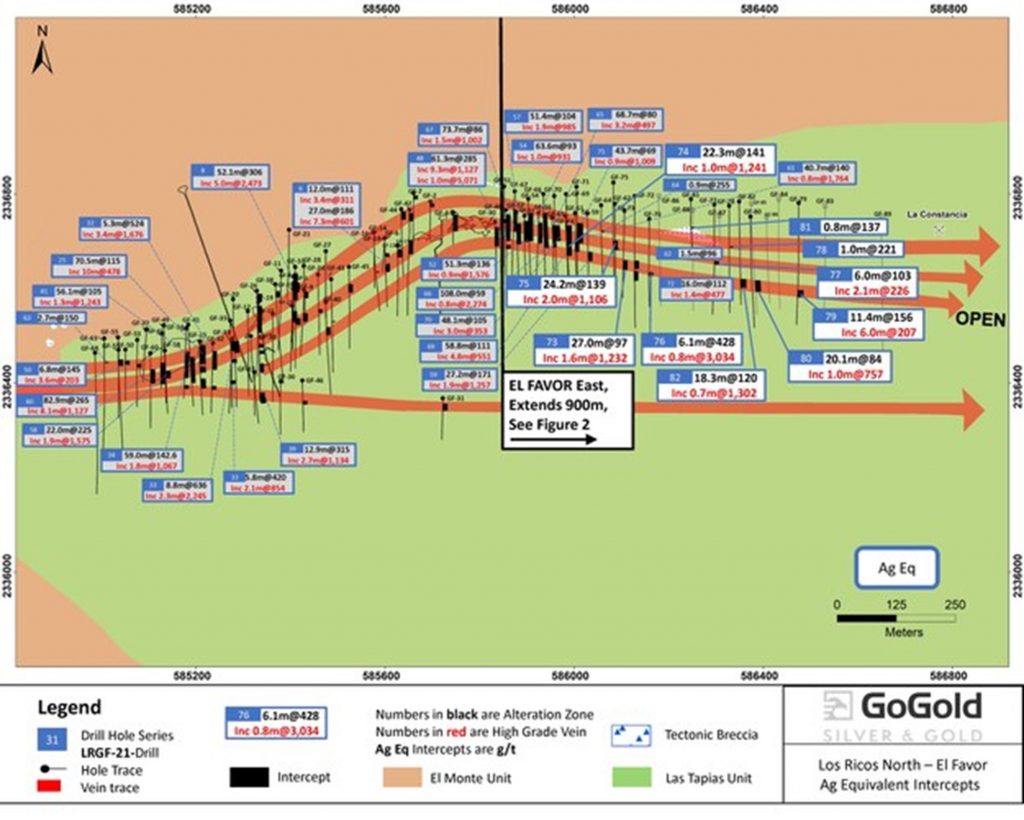 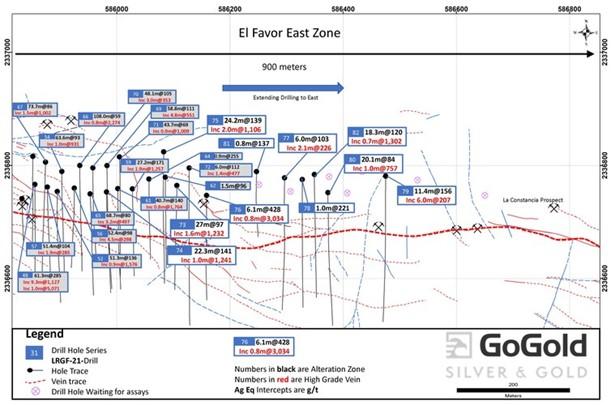 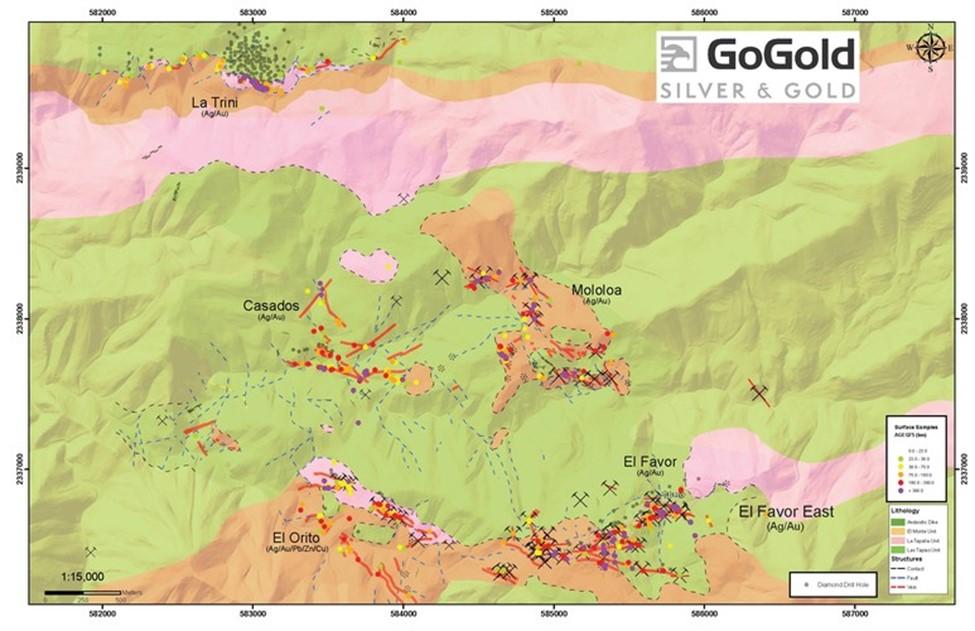