“We’re pleased with the continued strong results from La Trini and the drilling program has allowed us to define the controls on the high-grade mineralization at La Trini.  Our next series of holes will be focused on following the high-grade mineralization to the northwest and expand the current limits of the deposit,” said Brad Langille, President and CEO.  “This year, our exploration teams have visited and identified over 100 targets that have never been drilled on the Los Ricos North properties.  The La Trini and the El Favor deposits were the first two selected for drilling this year and are delivering excellent results.  We have identified another eight targets for drill testing next year and GoGold will be carrying out one of the largest drilling programs in Mexico during 2021 to unlock the huge potential of the Los Ricos district.”

Currently the Company has 6 drill rigs operating at Los Ricos North, with 2 operating at the La Trini deposit, 3 drilling at the El Favor zone, and 1 drilling at El Orito.  Detailed intersections are listed in Table 1 and the hole locations are shown in Table 2.   A drill plan map of La Trini is included as Figure 1 below. 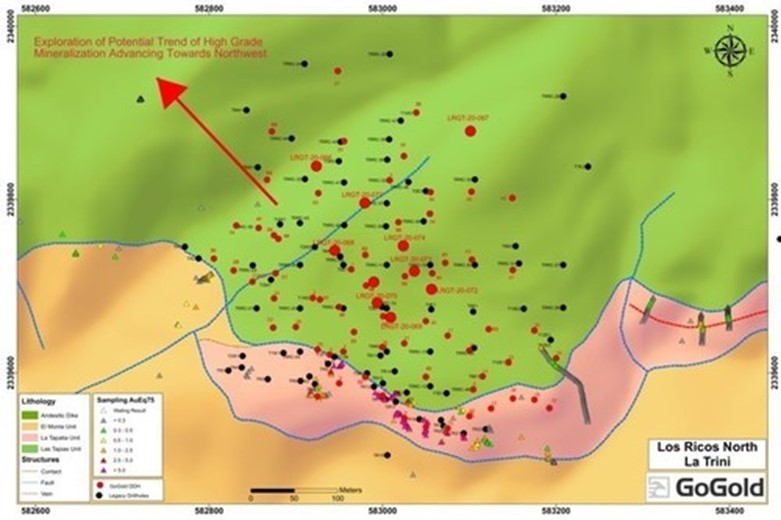 The Los Ricos North Project was launched in March 2020 and includes drilling at the El Favor, La Trini, and El Orito targets.