“Hole 72 is our most easterly hole released to date and extends the mineralization 300m to the east from discovery hole 48,” said Brad Langille, President and CEO.  “We have redirected drills to El Favor East as we aim to include a portion of El Favor East in our upcoming initial Los Ricos North resource.”

The El Orito deposit (as presently defined) is located about 800 metres along strike to the west of the Hundido Pit (see Figure 3).  Wide zones of precious and base metal mineralization were cut by drill holes at El Orito at elevations between 600 to 800m.  Geological mapping, sampling and Induced Polarization surveying programs in the area between El Orito and El Favor are underway. 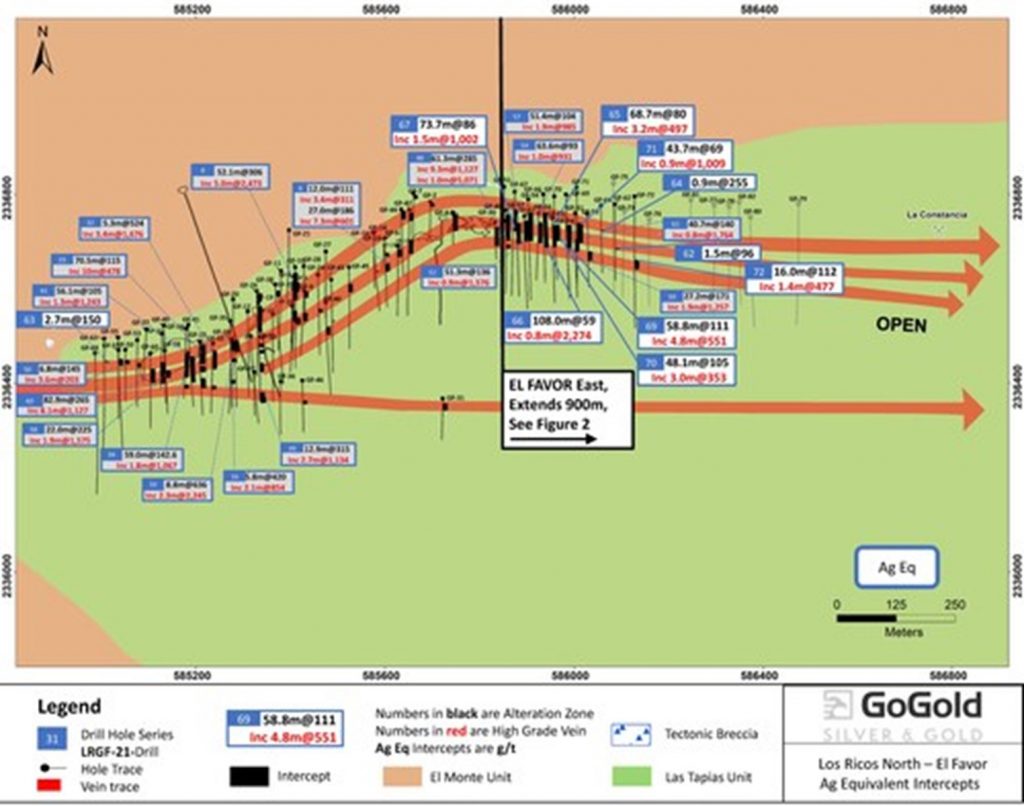 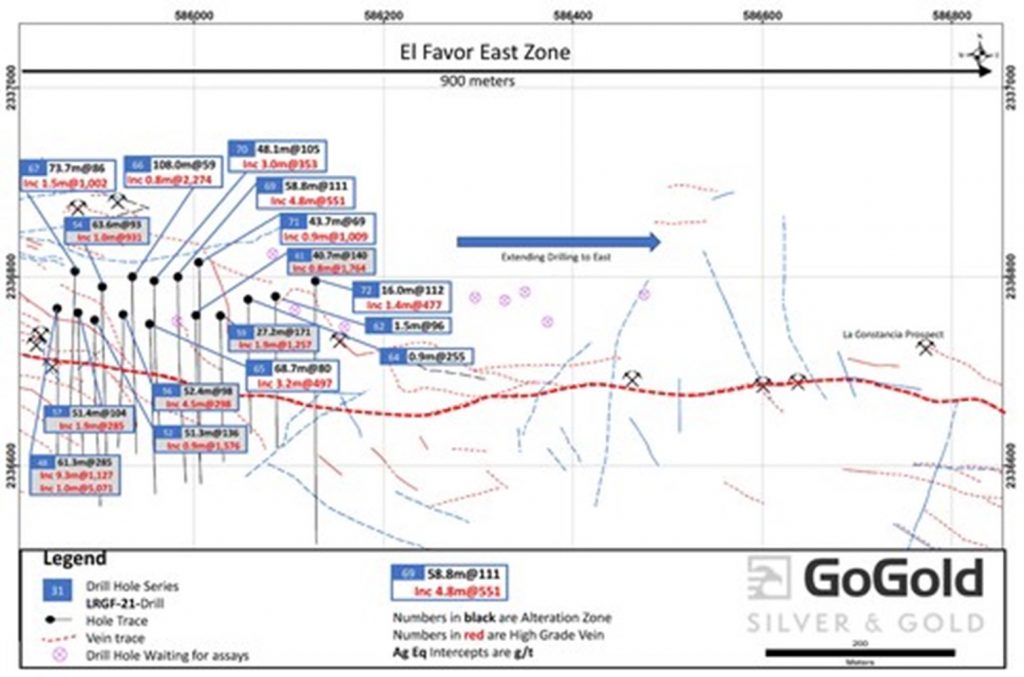 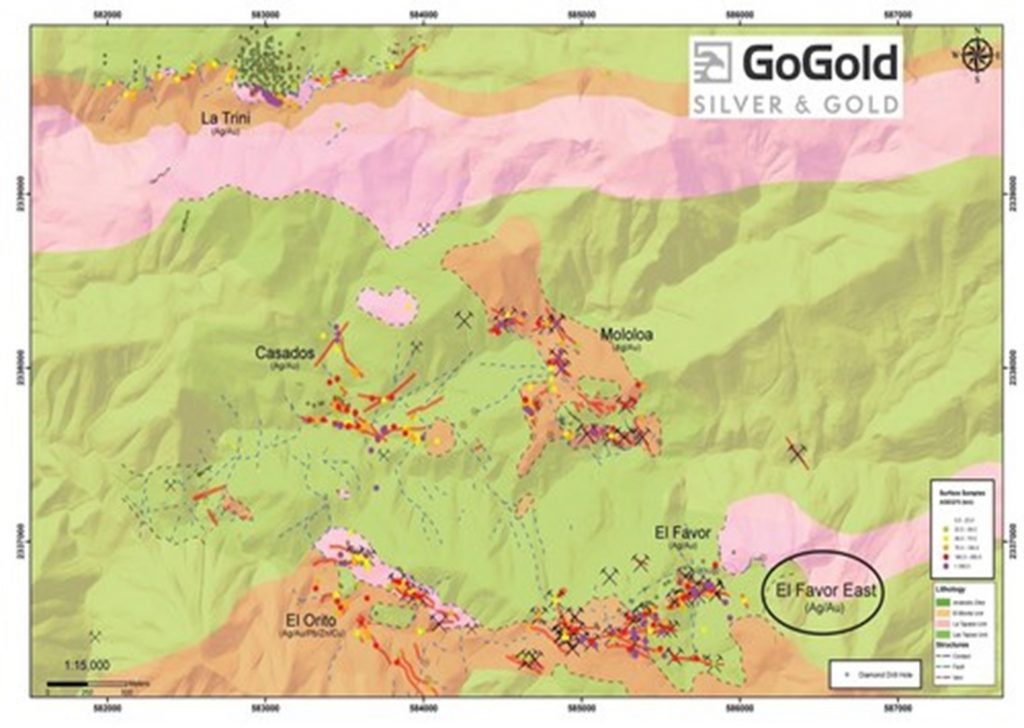