El Nayar is located approximately 6 kilometres north-west of the La Trini deposit within Los Ricos North. It consists of multiple subvertical veins and stockwork mineralization, and limited historical underground mining.  The Company has been drilling the target with two drill rigs for the last several months.

“Over the next few days, we will reach the data cut-off for our initial Los Ricos North mineral resource estimate. This data cut-off represents a point in time and the 9 drill rigs are currently and will continue to drill at Los Ricos. This upcoming resource represents the completion of the first 100,000 metres of drilling at Los Ricos North, and the Company is progressing on the next 100,000 metres which is budgeted for the Los Ricos district through 2022,” said Brad Langille, President and CEO. “Today’s release introduces the El Nayar zone, with our first drill holes completed. Also, we report continued successful drilling at the previously mentioned Mololoa target.” 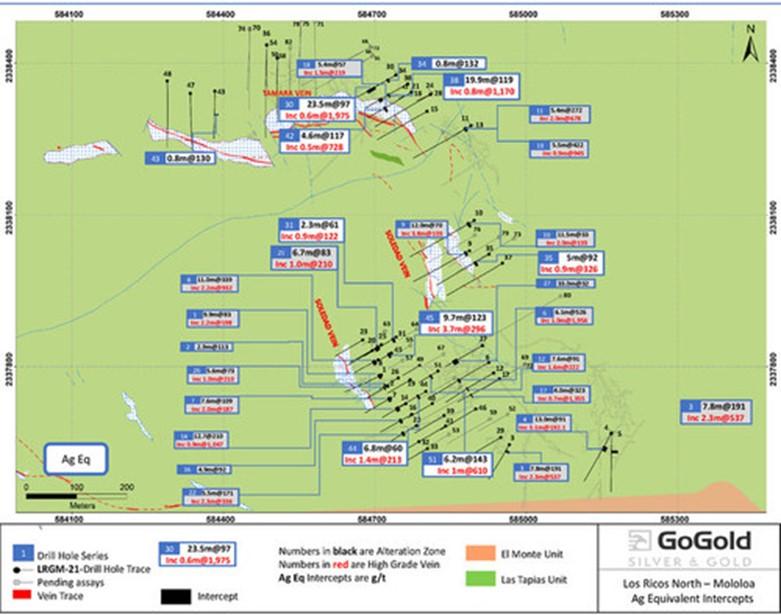 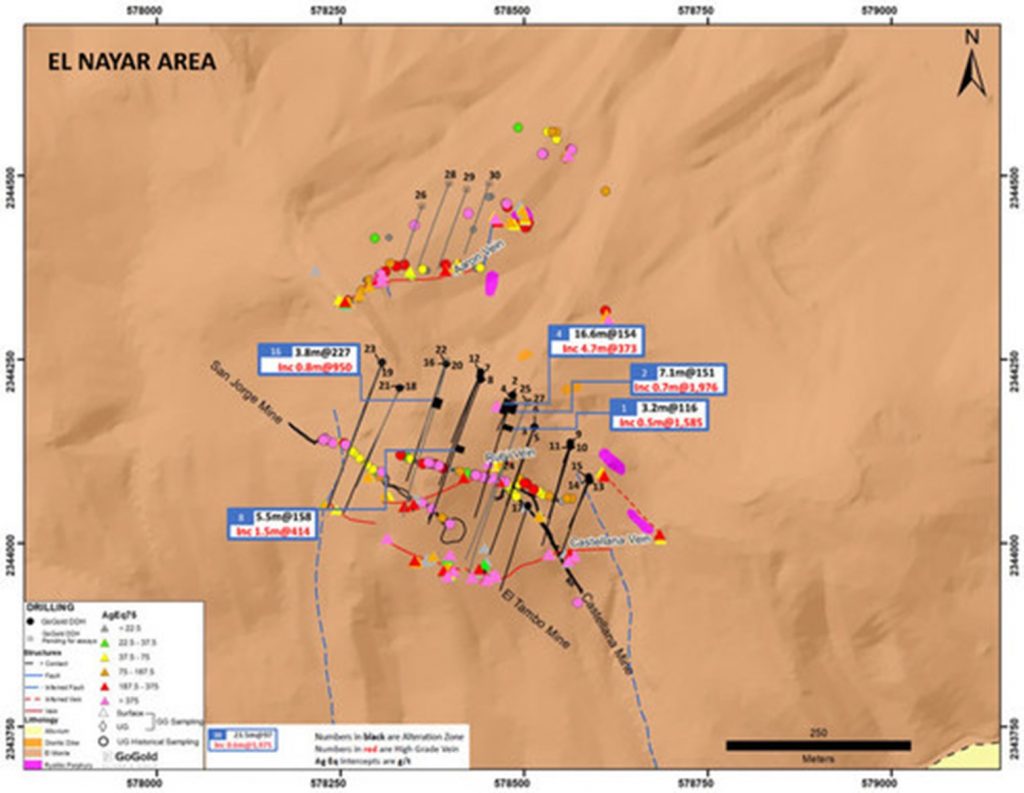 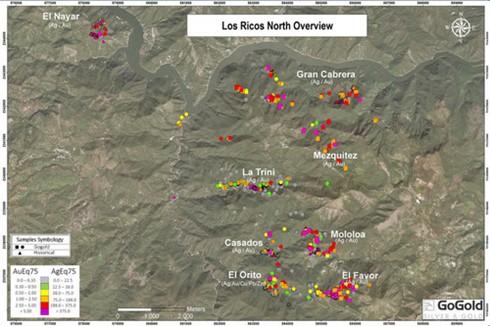 The Los Ricos North Project was launched in March 2020 and includes drilling at the El Favor, La Trini, Mololoa, Casados and El Orito targets. During 2020, GoGold’s exploration team identified over 100 targets on the Los Ricos North properties, demonstrating the significant exploration potential. The Company plans to drill 10 of these targets as part of its 2021 drilling program which is planned to exceed 100,000 metres of drilling and will be one of the largest in Mexico.