GoGold Resources Inc. (TSX: GGD) (OTCQX: GLGDF) is pleased to release the initial drill holes at Mololoa within Los Ricos North, which is located approximately one kilometre north of the El Favor deposit and may be an easterly extension of the Casados deposit.  Hole LRGM-21-006 intersected 1.0m of 1,956 g/t silver equivalent (“AgEq”), within 6.1m of 526 g/t AgEq. See Table 1 for breakdown of silver and gold values.

“These are the first holes drilled at Mololoa which show a vein structure with high grades of silver and gold that we believe will add additional ounces and grade to the upcoming initial resource at Los Ricos North,” said Brad Langille, President and CEO.  “We encountered numerous old workings while drilling Mololoa and will attempt to drill below the level of the old workings, so we are able to see the full extent of the intact mineralized zone.” 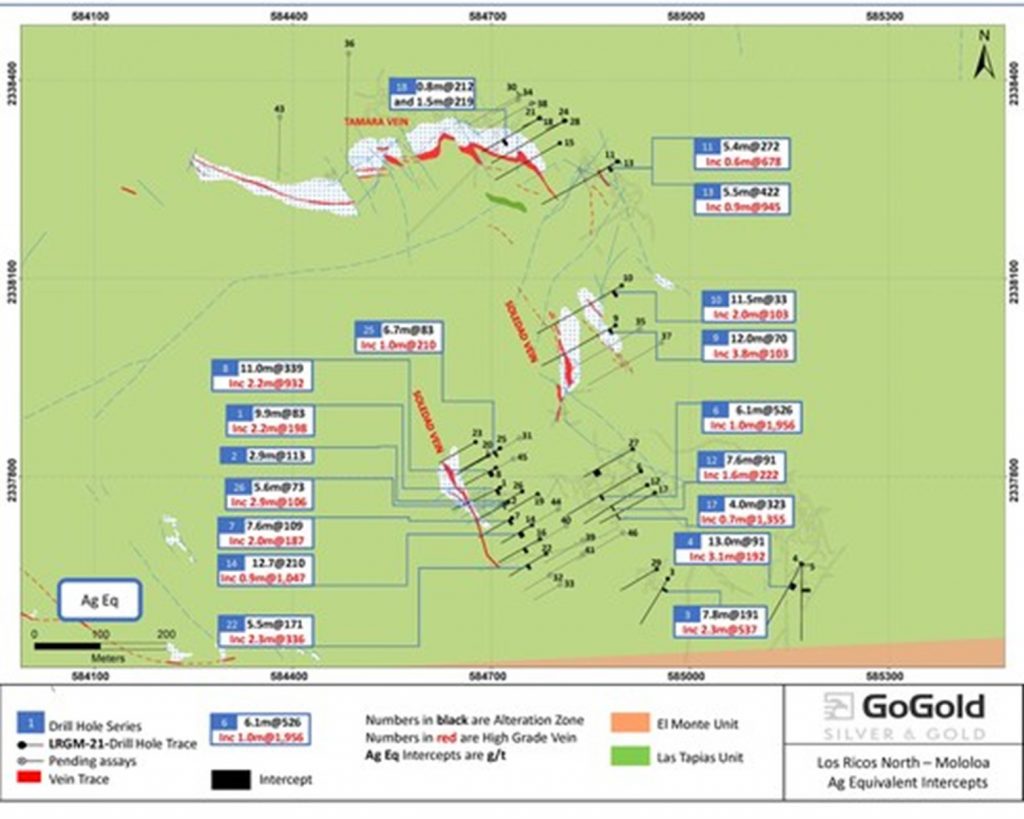 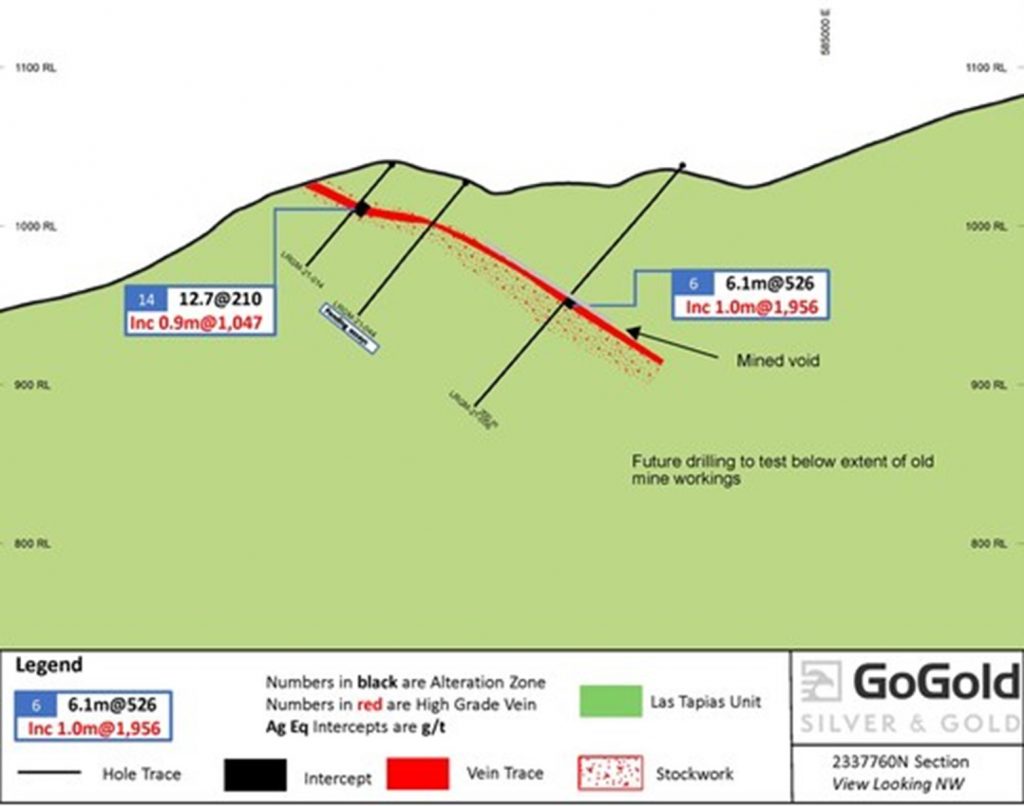 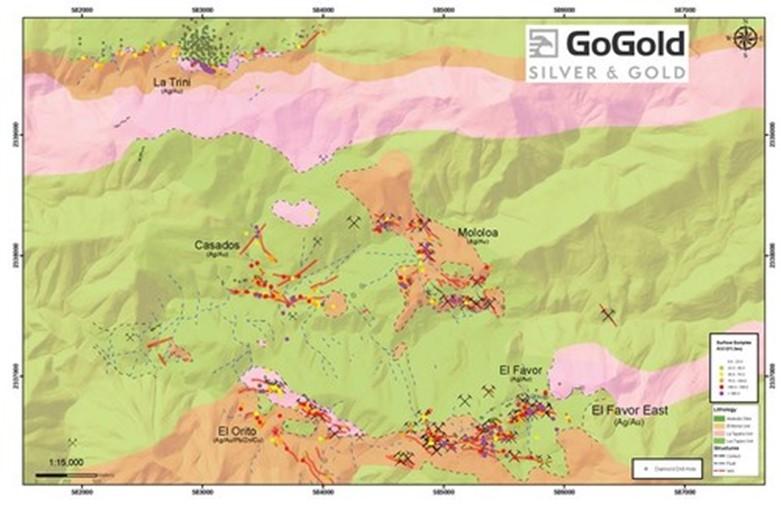 The Los Ricos North Project was launched in March 2020 and includes drilling at the El Favor, La Trini, Mololoa, Casados and El Orito targets.  During 2020, GoGold’s exploration team identified over 100 targets on the Los Ricos North properties, demonstrating the significant exploration potential.  The Company plans to drill 10 of these targets as part of its 2021 drilling program which is planned to exceed 100,000 metres of drilling and will be one of the largest in Mexico.

Procedure, Quality Assurance / Quality Control and Data Verification
The diamond drill core (HQ size) is geologically logged, photographed and marked for sampling. When the sample lengths are determined, the full core is sawn with a diamond blade core saw with one half of the core being bagged and tagged for assay. The remaining half portion is returned to the core trays for storage and/or for metallurgical test work.

About GoGold Resources
GoGold Resources (TSX: GGD) is a Canadian-based silver and gold producer focused on operating, developing, exploring and acquiring high quality projects in Mexico.  The Company operates the Parral Tailings mine in the state of Chihuahua and has the Los Ricos South and Los Ricos North exploration projects in the state of Jalisco. Headquartered in Halifax, NS, GoGold is building a portfolio of low cost, high margin projects. For more information visit gogoldresources.com.