“We’re seeing continued strong results from La Trini as we continue drilling with 6 drill rigs which are deployed between the Salomon-Favor, Trini, and El Orito targets, and we are currently mobilizing 2 additional drill rigs to the Los Ricos North site,” said Brad Langille, President and CEO.

The Los Ricos North Project was launched in March 2020 and includes drilling at the Salomon-Favor, La Trini, and El Orito targets.

Quality assurance and quality control (“QA/QC”) procedures monitor the chain-of-custody of the samples and includes the systematic insertion and monitoring of appropriate reference materials (certified standards, blanks and duplicates) into the sample strings. The results of the assaying of the QA/QC material included in each batch are tracked to ensure the integrity of the assay data. All results stated in this announcement have passed GoGold’s QA/QC protocols. 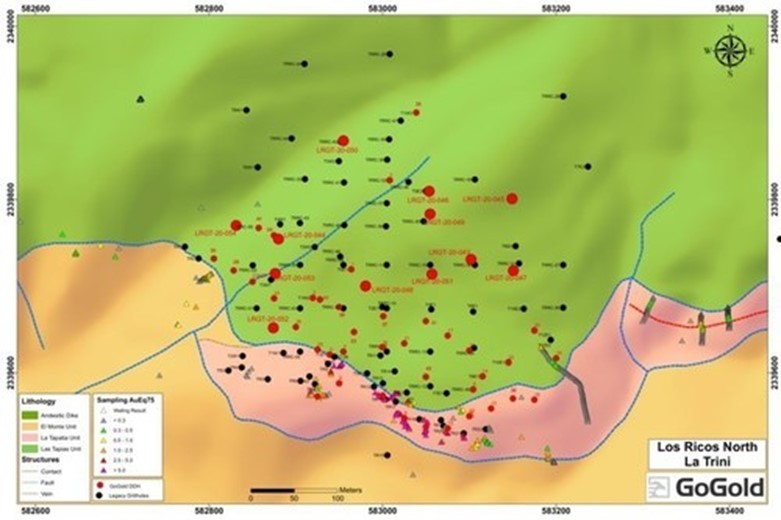