GoGold Resources Inc. (TSX: GGD) (OTCQX: GLGDF) is pleased to release the results of 6 diamond drill holes from the El Favor area in its Los Ricos North project.  Hole LRGF-21-032 intersected 3.4m of 1,676 g/t silver equivalent (See Table 1 for details including breakdown of silver and gold values), contained within 15.3m of 524 g/t AgEq, within a larger intersect from surface of 69.3m of 145 g/t AgEq.

The Eastern end of the El Orito deposit (as presently defined) is located about 800 metres along strike to the west of the Hundido Pit (see Figure 2).  Wide zones of precious and base metal mineralization were cut by drill holes at El Orito at elevations between 600 to 800m.  Geological mapping, prospecting and sampling programs in the area between El Orito and the Hundido Pit have been accelerated and given priority. 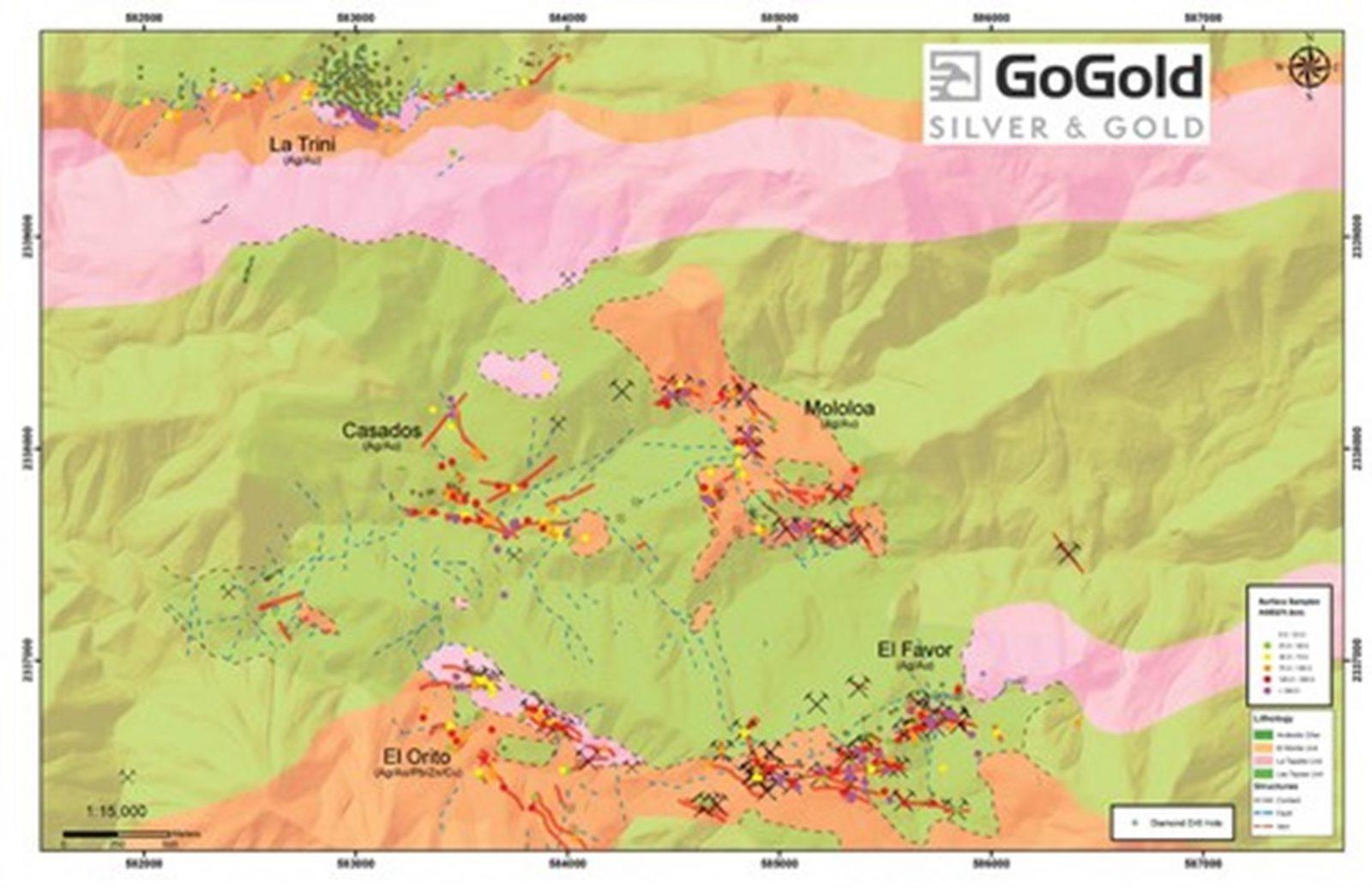 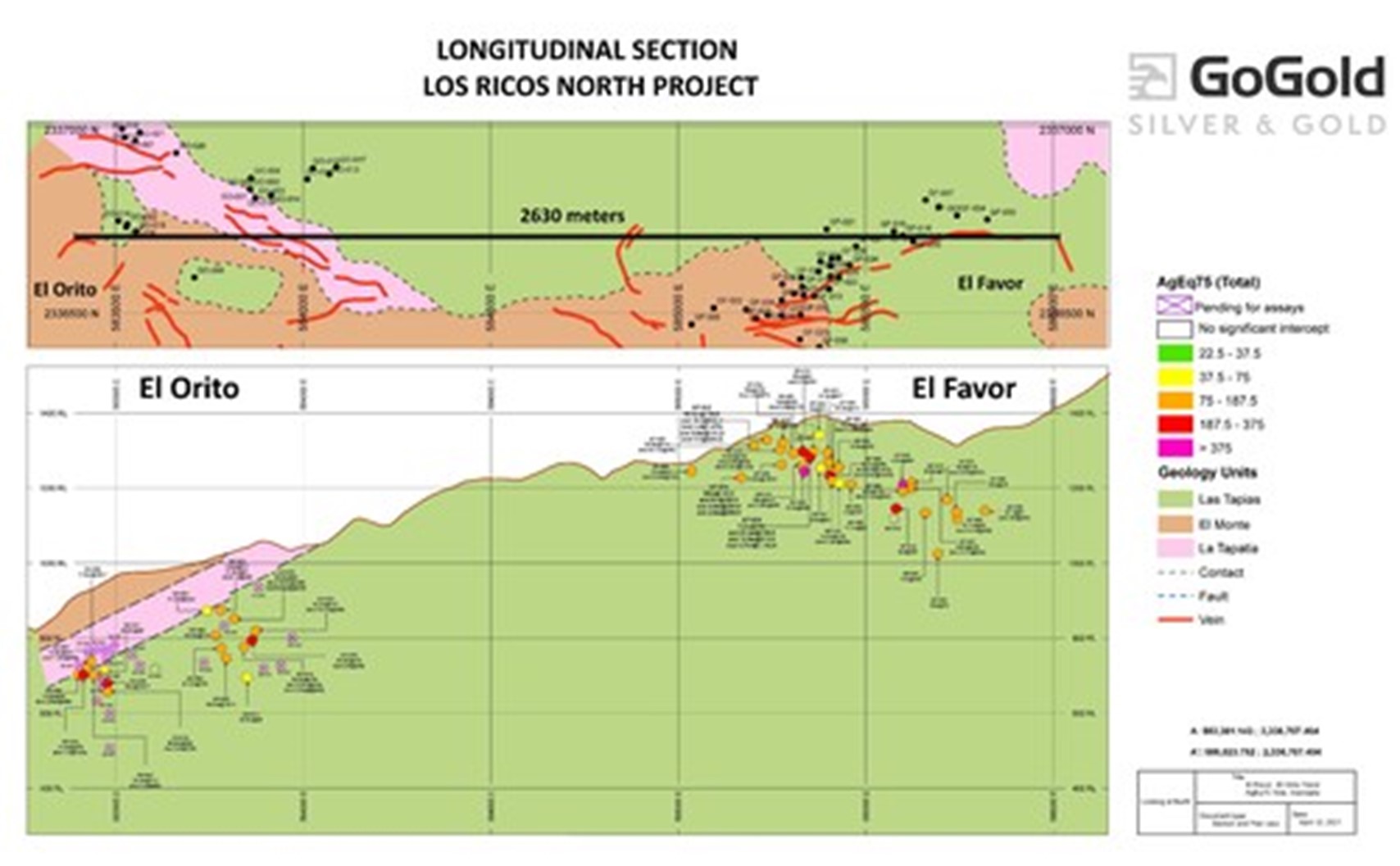 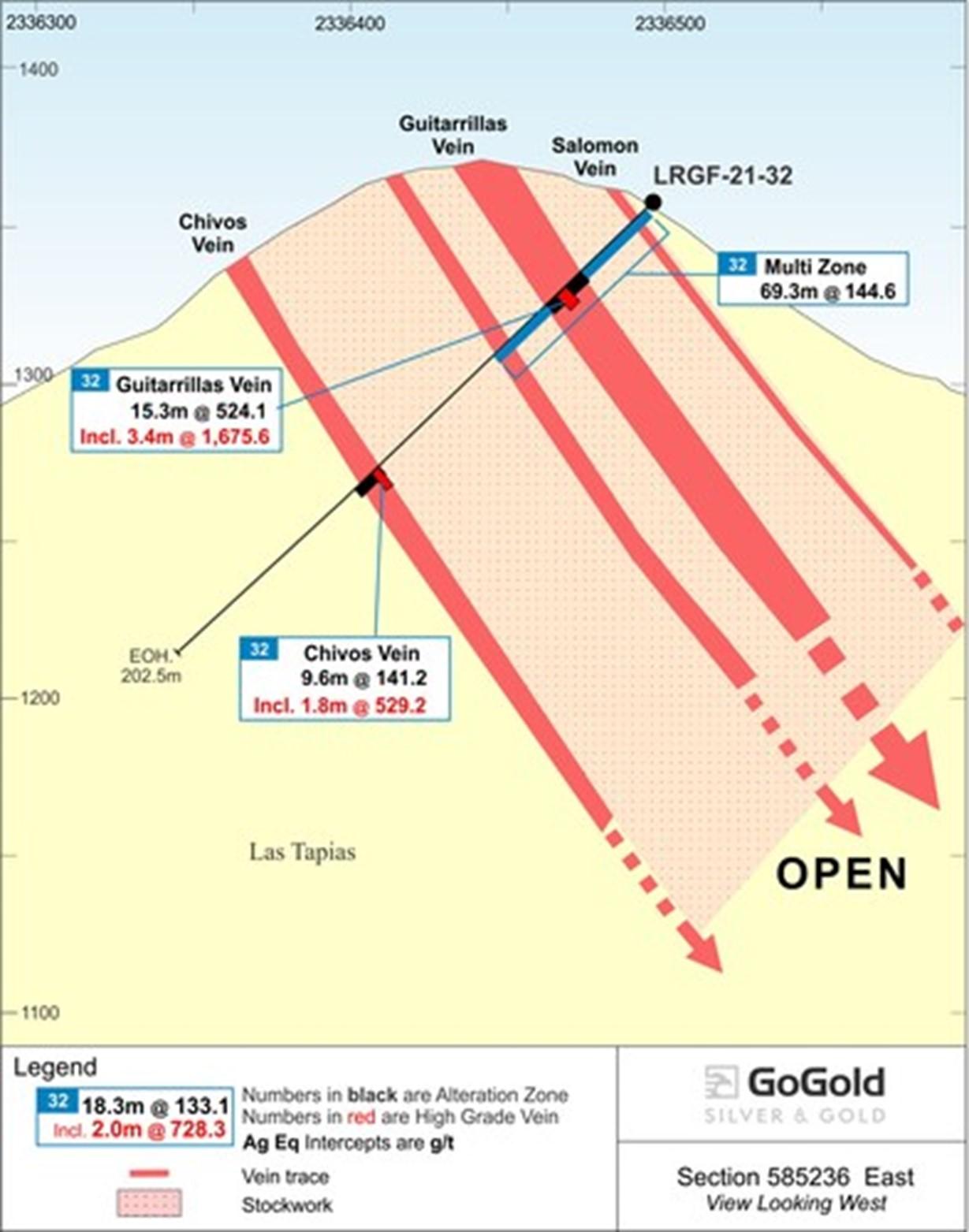 
Explore, develop, invest: Mining and resource leaders gather to explore the challenges and opportunities ahead