In September, the company commissioned TMC Exploracion to complete an IP survey using the Pole:Dipole array on the El Favor property. The grid consists of a network of 28 N/S profiles spaced every 100 m from L-2W to L-25E ranging in length from 0.85 to 2.0 km. The survey outlined several high chargeability anomalies representative of the sulphide mineralization along the El Favor – El Favor East zone. A geophysical map showing anomalies and drilling targets is included as Figure 3 below.

“Our geophysics in El Favor East shows a significant anomaly which at this point is correlating visually with the mineralization in our drill holes. We’re awaiting the assays as they could significantly impact our upcoming initial resource estimate at Los Ricos North,” said Brad Langille, President and CEO.

Three of the four major veins (Salomon, Guitarrillas and Los Chivos) appear to converge into a 100m wide zone at the western end of the El Favor deposit in the vicinity of the Hundido Pit at an elevation of 1300m. The wallrock in between the veins is strongly silicified, altered and mineralized. The merging of these veins continue to provide significant widths of good grade which could be potentially amenable to bulk mining.

The El Orito deposit (as presently defined) is located about 800 metres along strike to the west of the Hundido Pit (see Figure 4). Wide zones of precious and base metal mineralization were cut by drill holes at El Orito at elevations between 600 to 800m.

The Los Ricos North Project was launched in March 2020 and includes drilling at the El Favor, La Trini, Casados and El Orito targets. During 2020, GoGold’s exploration team identified over 100 targets on the Los Ricos North properties, demonstrating the significant exploration potential.  The Company plans to drill 10 of these targets as part of its 2021 drilling program which is planned to exceed 100,000 metres of drilling and will be one of the largest in Mexico. 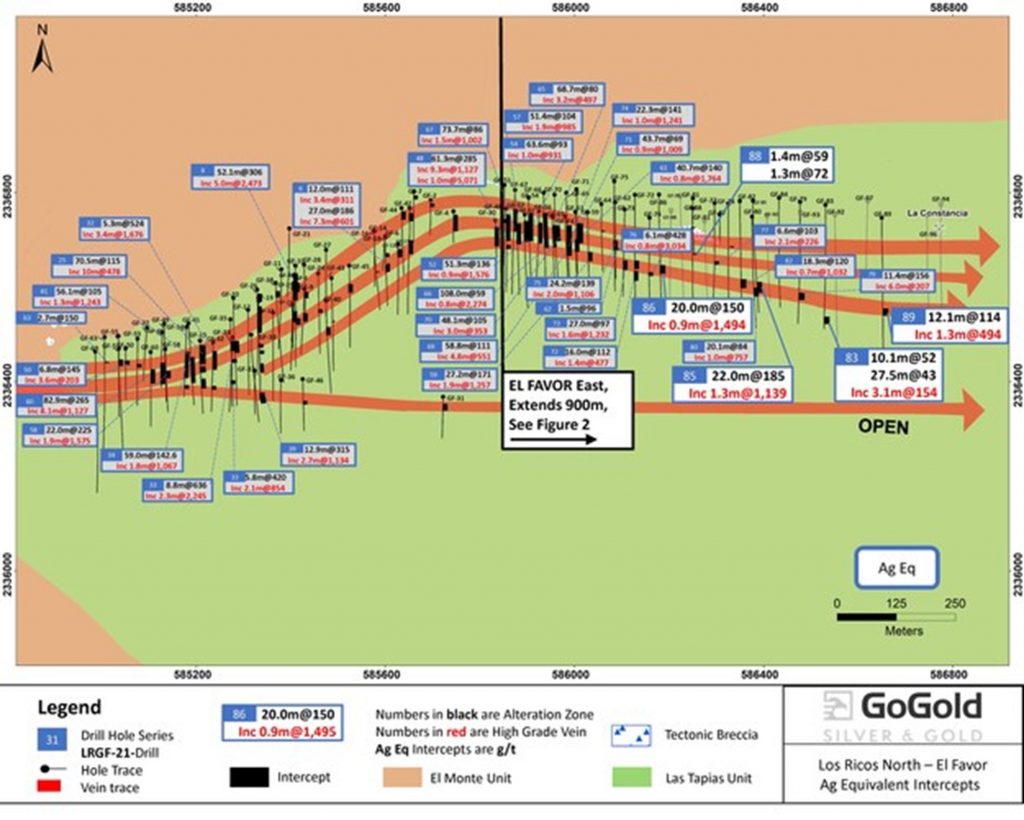 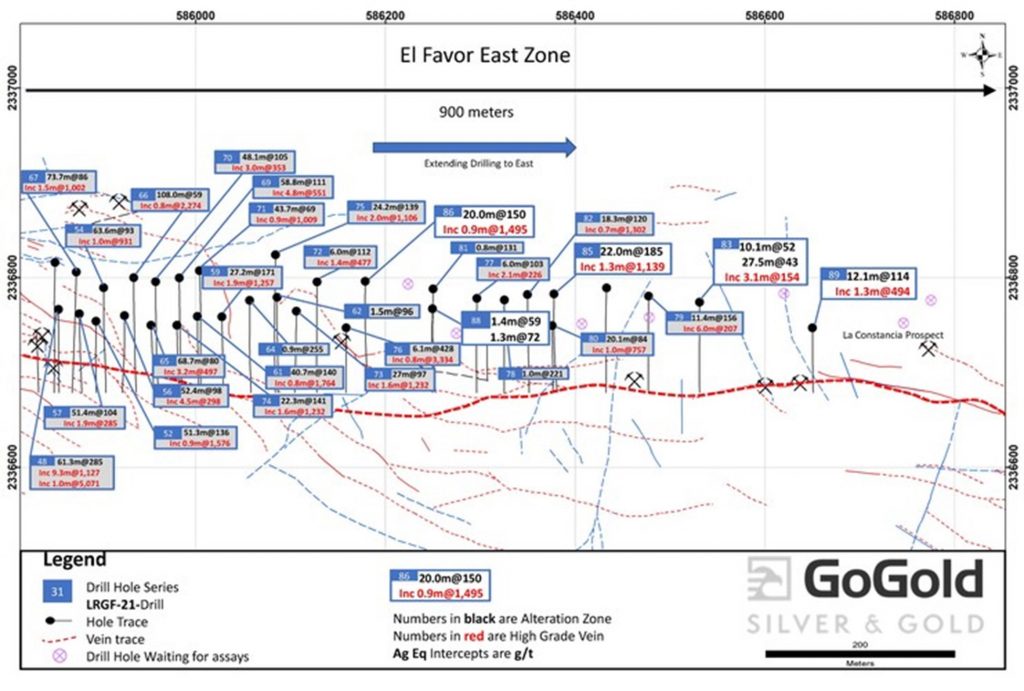 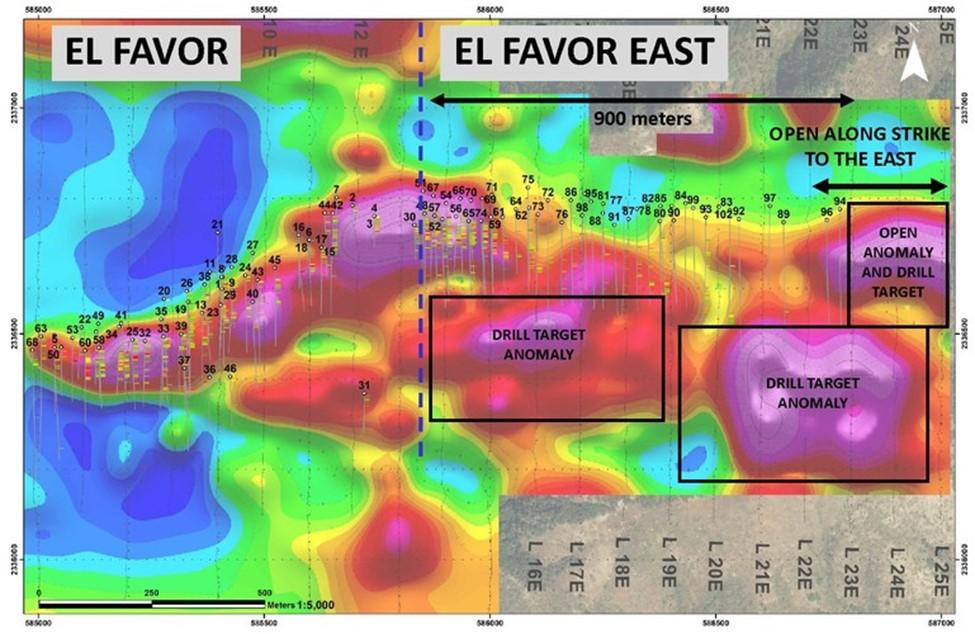