The Company  completed  an Induced Polarization (“IP”) geophysical survey to map out the sulphide rich zone along strike and down dip.  Hole LRGO-21-062 and LRGO-21-059 were drilled because of the IP survey, as surface samples taken in that area did not produce strong results, while the IP survey indicated a strong chargeability target.  The geophysical survey is continuing eastwards showing a strong target in the El Favor east zone where drilling results are awaited.

“We continue to see strong results from the El Orito zone, and similar to Casados and La Trini we are approaching data cut off for the calculation of the initial resource at the El Orito zone,” said Brad Langille, President and CEO.  “We continue drilling at El Favor east, Mololoa and El Nayar, which we believe will greatly strengthen the initial resource to be published in Los Ricos North.”

The holes that the Company has drilled to date at El Orito have shown mineralization averaging approximately 30m in width for more than 700m in strike length and up to approximately 300m in vertical depth from surface and is open in all directions. The El Orito deposit is located about 1,000 meters to the west along strike from the El Favor deposit. The Company’s exploration team is mapping, sampling, and surveying with IP geophysics to potentially connect the two deposits. The El Orito deposit may be unique in the Los Ricos district as it is the deeper part of the system where silver and base metals are present, while the other targets in the system to date have shown primarily silver and gold mineralization.

The known strike length of the El Orito – El Favor structure is now approaching 2,500 meters and is still open in both directions.  The surface topography at El Orito is 400 to 500m lower compared to El Favor and is allowing the exploration team to see this large, mineralized structure over a vertical height of 750 meters when measured from the surface outcrops at El Favor to the intersections in the El Orito drill holes. 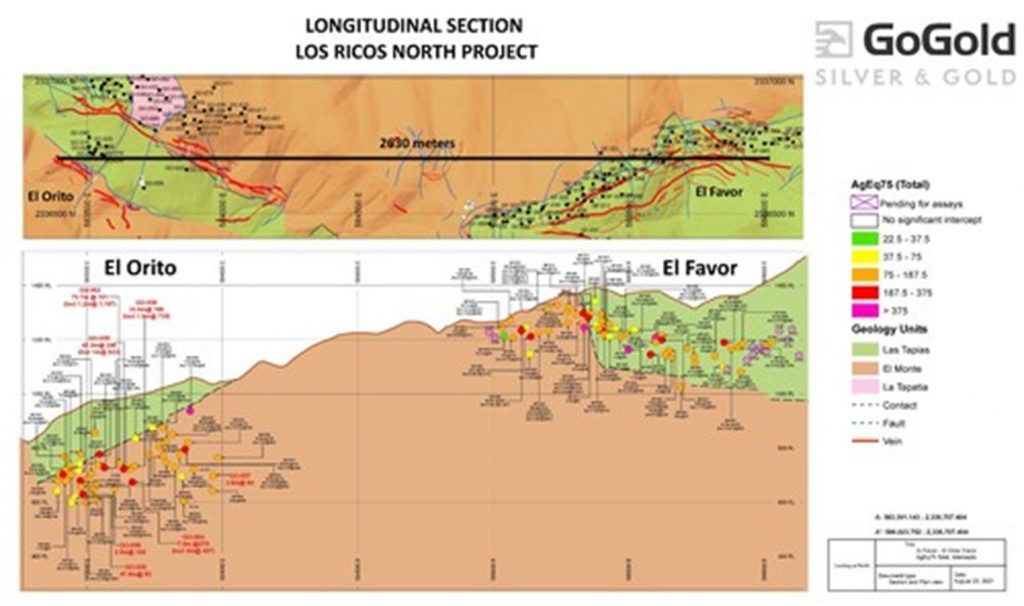 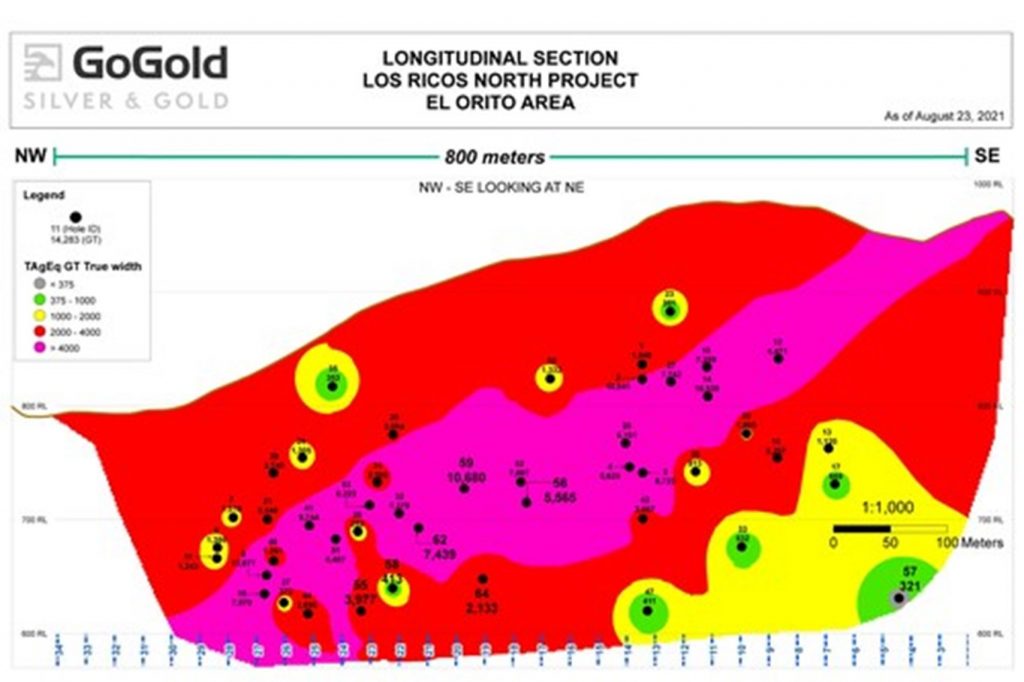 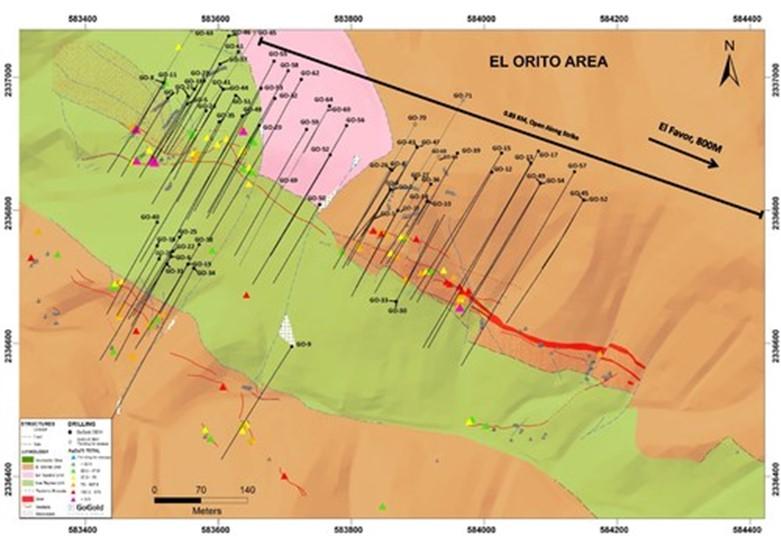 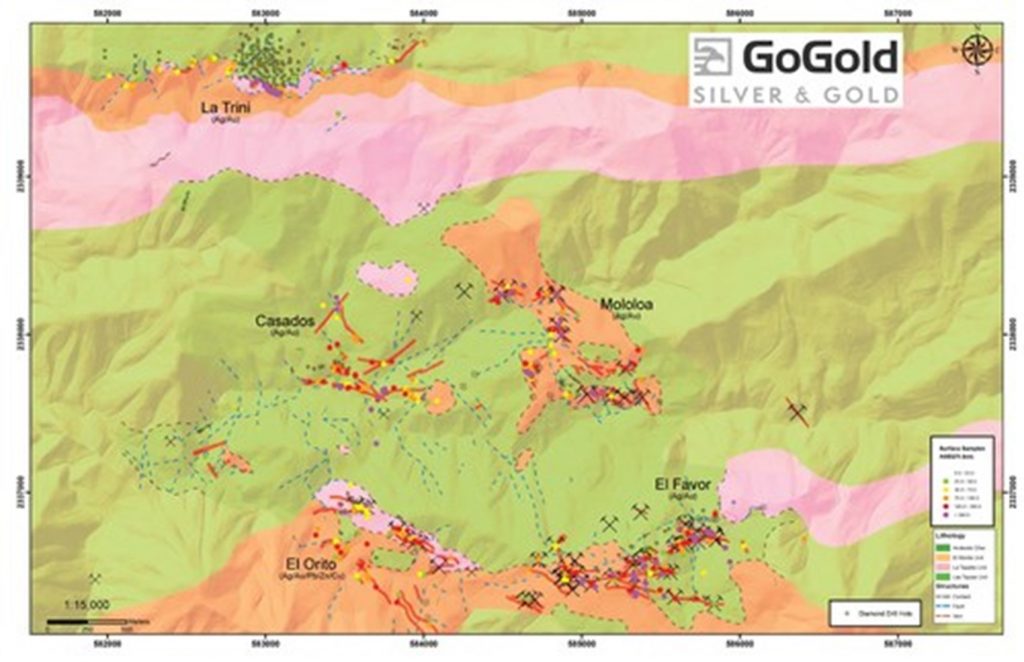