“El Favor is providing us with exciting drilling results at both the eastern and western ends.  Hole 60 is near the west end of the deposit, and gave us an excellent high grade intercept of over 2 kilos, enveloped in a very wide 83m intercept of 265 g/t AgEq.  At the other end, in El Favor East, hole 59 is a strong hole which is 100m to the east of hole 56, previously our most easterly hole in El Favor East,” said Brad Langille, President and CEO.  “We continue to extend strike length at El Favor with excellent widths and grades, which we anticipate will contribute greatly to the upcoming resource.” 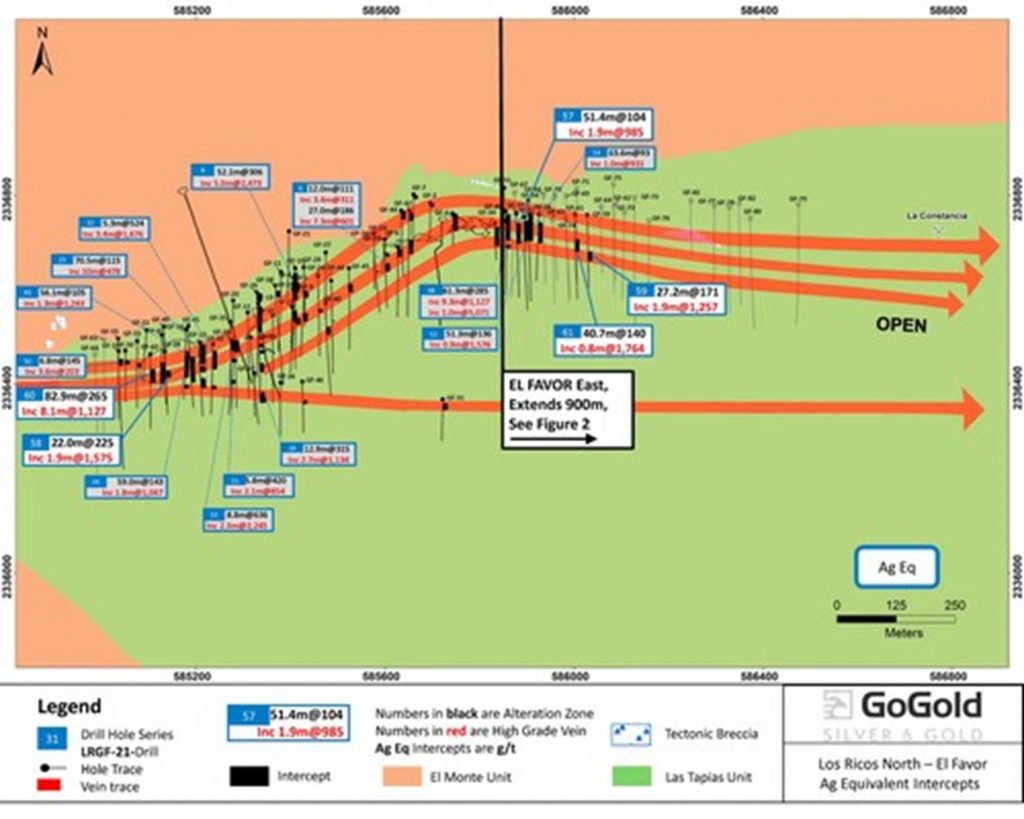 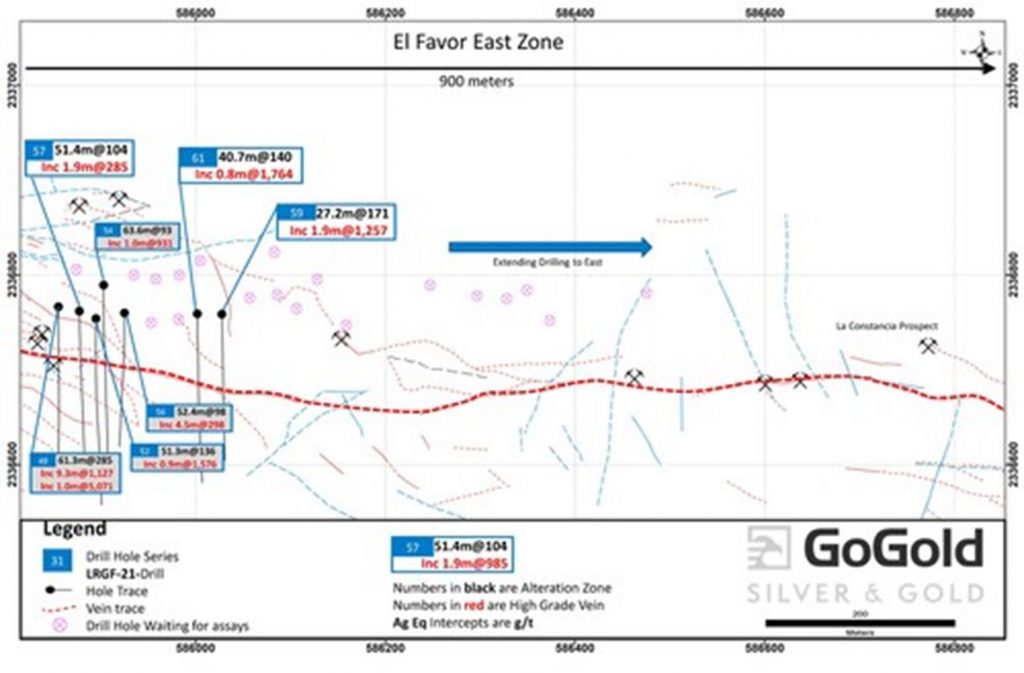 The exploration team has been moving east of El Favor with drilling in 25m stepouts in the eastern end of El Favor, beginning with discovery hole 48, and continuing to intersect wide strong mineralization.  This area is known as the El Favor East zone and in addition to these drill holes, additional drill holes further to the east are pending assays. The mapping program at El Favor East has extended the presence of mineralization 900m to the east of hole 48 (El Favor East zone discovery hole), as shown in Figure 2.

The El Orito deposit (as presently defined) is located about 800 metres along strike to the west of the Hundido Pit (see Figure 3).  Wide zones of precious and base metal mineralization were cut by drill holes at El Orito at elevations between 600 to 800m.  Geological mapping, sampling and Induced Polarization (“IP”) surveying programs in the area between El Orito and El Favor are underway. 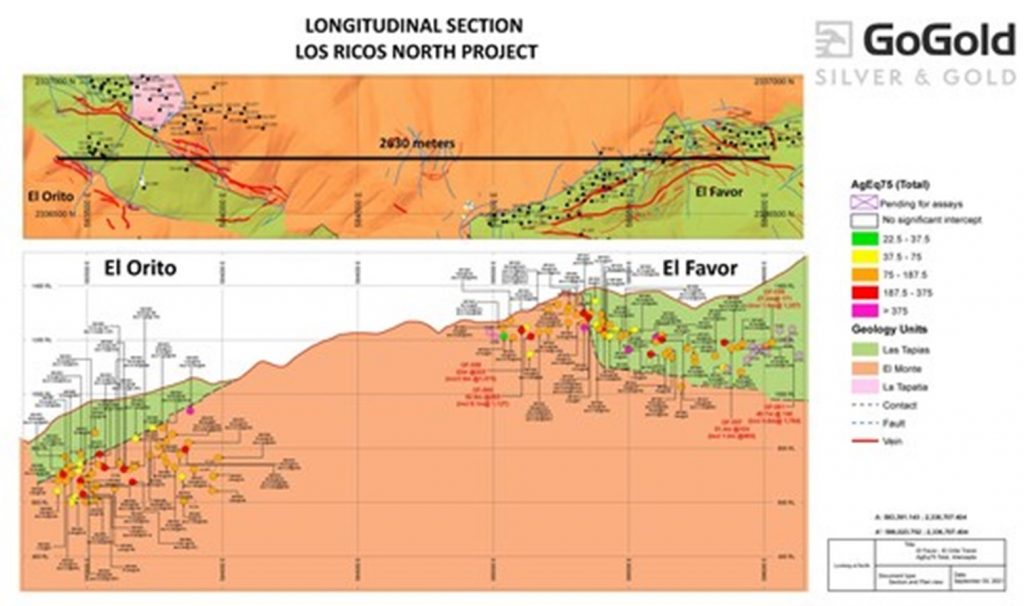 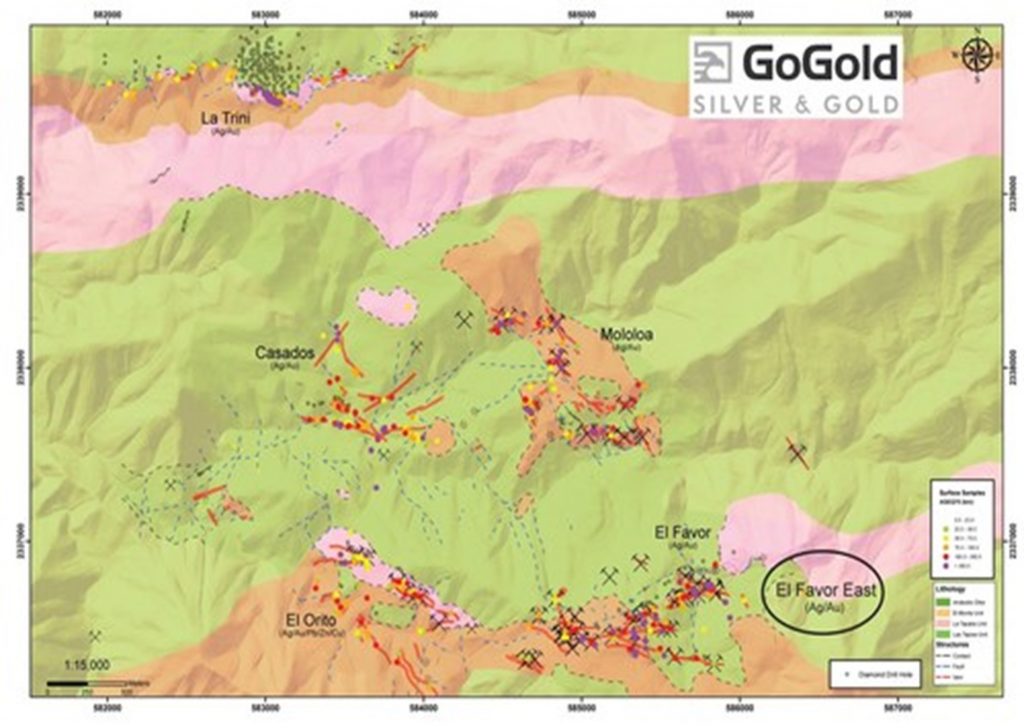