GoGold Closes US$35,000,000 Financing With Orion Mine Finance

GoGold Closes US$35,000,000 Financing With Orion Mine Finance 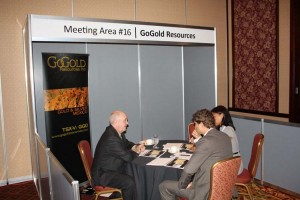 GoGold Resources Inc. (TSX: GGD) is pleased to announce the closing of the US$35 million equity and debt financing with Orion Mine Finance, the details of which were previously announced in news releases dated July 12, 2013 and September 18, 2013.

On closing, the credit agreement and the off-take agreement both became effective. Orion Mine Finance has funded the first tranche under the credit agreement in the amount of US$15 million and has also acquired 4,693,563 common shares of GoGold and 2,000,000 Common Share purchase warrants on the terms previously announced.