GoGold Resources Inc. (TSX: GGD) (OTCQX: GLGDF) is pleased to release the results of the initial 6 diamond drill holes from the new discovery called El Orito in its Los Ricos North project.  All 6 holes have intersected significant zones of epithermal silver, gold, and base metal sulfide mineralization as shown in Table 1.  These are the first drill holes ever to test El Orito.

“We are really excited about this new discovery which is 1.2km to the west of the El Favor deposit.  These are the first holes that have ever been drilled in this area of Los Ricos North.  These strong results further strengthen our belief that Los Ricos North is a very large mineralized system,” said Brad Langille, President and CEO.  “For Los Ricos we see 2021 being a year where more resources may be defined, and there is the potential for further discoveries like El Orito. ”

The known strike length of the El Orito – El Favor structure is now approaching 2,500 meters and is still open in both directions.  The surface topography at El Orito is 400 to 500m lower compared to El Favor and is allowing the exploration team to see this large mineralized structure over a vertical height of 750 meters when measured from the surface outcrops at El Favor to the intersections in the El Orito drill holes.  The drilling at El Favor has only tested the first 200m down dip and over the coming weeks and months the exploration team will continue to explore the silver and gold zones at El Favor, La Trini and many of the other targets in Los Ricos North. The team will also focus on the significant El Orito silver/gold-base-metal sulfide discovery. 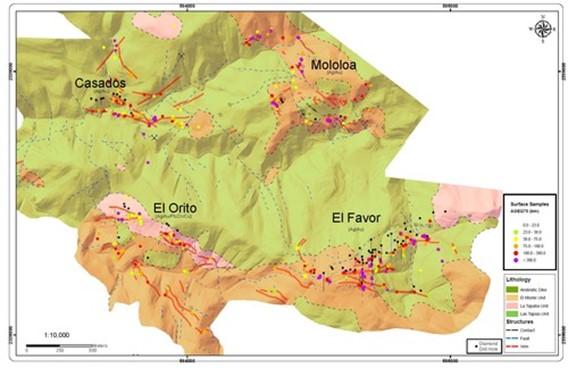 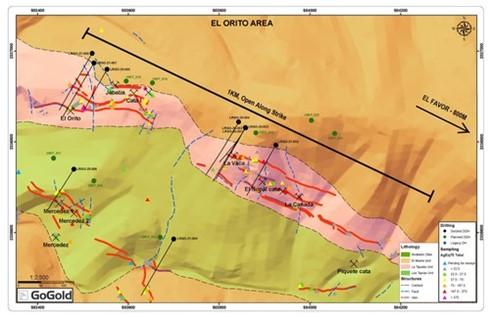 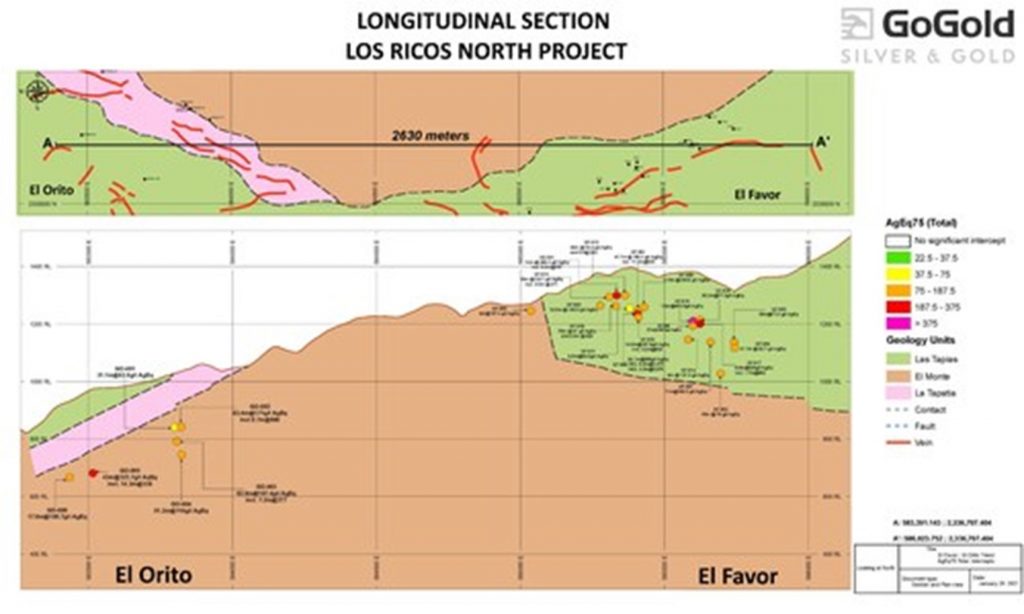