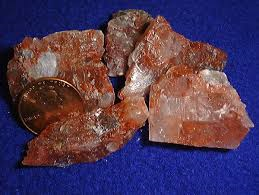 The property covers the south-west end of Boularderie Island between Great Bras D’Or and the St. Andrews Channel and is within driving distance of Sydney, Nova Scotia and the Trans-Canada Highway. Potash was discovered on Boularderie Island in 1984 when the Nova Scotia Department of Mines and Energy intersected two intervals of potash in a stratigraphic test hole that is located at the south end of the island, near Kempt Head (NSDME Kempt Head No. 84-01; Boehner, 1986). The drill hole is located near the axis of the Boularderie Syncline which is a broad, open structure that is primarily defined by structural measurements of strata within the Morien Group.

To quote the Nova Scotia government report, “The occurrence of thick saline evaporates in Major Cycle 1 at the base of the Windsor Group indicates significant new potash potential in the Sydney Basin area.” In addition, the report states “Actual K2O values are probably double the reported analysis due to extensive leaching of carnallite” (Nova Scotia Open File Report 93-006 by R.C. Boehner).

Should an economic deposit be outlined, the property would have the logistical advantage of direct access by ship to the Atlantic ocean for delivery of product to market, unlike current production from Western Canada that has additional significant land transportation and handling charges.

Globex is pleased to have acquired this exploration target. Worldwide potash production exceeds 59 million tonnes (source Uralkai per D.J. Hart for GE LookAhead, December 20, 2014) with its principal use being in fertilizers.

Potash is generally mined by shaft accessed underground bulk mining or via solution mining which injects hot water via drill holes into the potash layers and pumps dissolved potash to the surface where it is re-precipitated. Potash prices vary according to numerous factors. In the first quarter of 2015, prices for Canadian potash exceeded US$300.00 per metric tonne.