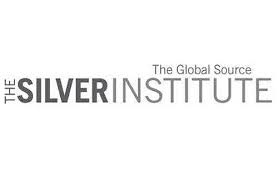 Considerable growth in silver investment was the chief driver of the metal’s 27 percent average price gain in 2020. Leading the way was substantial demand for silver-backed exchange-traded products, which took global holdings above one billion ounces for the first time since their introduction in 2006. Strong demand for silver bars and coins pushed physical investment demand up 8 percent to a four-year high.

In a challenging year for many markets due to the global pandemic, other components of silver demand had weaker results. Against this backdrop, overall silver supply was lower, the result of a 6 percent contraction in mine production, which offset a 7 percent increase in silver scrap supply. The market ended the year with a surplus of 80.1 million ounces (Moz).

These developments, along with many other highlights, are discussed in World Silver Survey 2021, released today by the Silver Institute. In addition to reviewing the main factors affecting the 2020 silver market, the Survey provides insight into the outlook for 2021. The Survey was researched and produced for the Silver Institute by Metals Focus, the London-based independent precious metals consultancy.

Strong institutional and retail investor demand, fueled initially by the onset of the pandemic, combined with intermittently lower silver prices, as well as an unprecedented wave of quantitative easing and fiscal stimulus across all major economies, led to the sizeable silver investment recorded last year. Silver-backed ETPs grew last year by a remarkable 331 Moz, an increase of 298 percent, to end 2020 at 1.067 billion ounces. Physical silver investment jumped 8 percent to 200.5 Moz, led by the U.S., which was up 69 percent, and Europe, at plus 23 percent.   Physical investment demand would have been stronger if not for pandemic-related supply disruptions, which caused sharply higher wholesale and retail premiums.

The gold:silver ratio topped 127 in March, which was an all-time-high and 27 percent higher than the previous record seen in the early 1990s. Later in the year, however, the silver price gathered momentum, rallying to a peak of nearly US$30 in August and in doing so outpaced gold. As a result, the gold:silver ratio ended the year at 72.

Global silver demand declined 10 percent in 2020 to 896.1 Moz, due overwhelmingly to the pandemic and its direct impact on economic activity and, in turn, many silver end-uses.

Industrial silver demand fell by 5 percent to a five-year low of 486.8 Moz. Regional performances were mixed, with India down 29 percent and Europe and China each 8 percent lower. In contrast, modest gains were seen in North America and Taiwan at plus 2 percent each, followed by a 1 percent increase in Japan. On a sector basis, photovoltaic demand increased 2 percent to 101 Moz last year, brazing and alloy demand fell by 11 percent to 44.9 Moz while electronics and electrical demand posted a 4 percent loss to 304.3 Moz, primarily due to weaker automotive production and a decline in consumer electronics demand. Jewelry and silverware dropped 26 percent and 48 percent, respectively, primarily due to significant losses in India and pandemic related shutdowns of retail stores and factories.

In 2020, global mine production registered its fourth consecutive annual decline, its most significant drop of the last decade, falling by 5.9 percent to 784.4 Moz. Output from primary silver mines fell by 11.9 percent to 209.4 Moz, caused by temporary mine closures in several major silver producing countries in the first half of 2020 due to the pandemic. Primary silver mines contributed 27 percent of total production last year. The balance was generated from by-product output, which was led by output from lead-zinc, copper, and lastly gold mining activities. From a regional perspective, Central and South America tallied a 13 percent decline, followed by North America at 6 percent and Europe at 1 percent. Silver mining gains were seen in Chile, up 24 percent; Spain, which grew 20 percent; Turkey at 11 percent and Australia with a 3 percent gain.

Higher silver prices led to a 7 percent increase in silver recycling to 182.1 Moz as scrap generated by industrial end-uses and jewelry and silverware rose last year.

With re-openings of economies and vaccinations accelerating in many countries, economic growth in 2021 is expected to strengthen. Notably, the International Monetary Fund recently projected 6 percent global GDP growth for this year.

For the silver market, industrial fabrication is forecast to increase by 8 percent to a record annual total, led by electrical and electronics offtake. This forecast pick-up in demand is predicated on a recovery in vehicle manufacturing, strong consumer electronics demand, and further gains from the solar sector. Jewelry and silverware demand should enjoy double-digit increases in 2021.

Silver investment is projected to have another strong year in 2021. Demand for silver bars and coins is expected to post its highest annual figure since 2015. ETP inflows are unlikely to match last year’s levels but should remain historically high.

Mine production is forecast to rise by 8 percent as output recovers after last year’s pandemic-related disruptions. Overall, supply, including recycling, is expected to increase by 8 percent in 2021.

Metals Focus expects that the silver price will rise to a peak of US$32 later this year and that it will average US$27.30 overall in 2021, which would be a 33 percent increase over the 2020 average price.

About the World Silver Survey and Ordering Information

The Silver Institute has published this annual report on the global silver market since 1990, to bring dependable supply and demand statistics to market participants and the public. This 31st edition of World Silver Survey was independently researched and produced by Metals Focus. The report was sponsored by 22 companies and organizations from North and South America, Europe, and Asia.

A complimentary PDF version of World Silver Survey 2021 can be downloaded from the Institute’s website at www.silverinstitute.org. In North America, hard copies may be purchased by the public from the Institute’s website; for copies outside North America, please contact Metals Focus at www.metalsfocus.com. Hard copies are available to the media upon request.