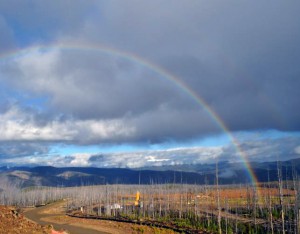 GLOBAL COBALT CORP. (TSX VENTURE:GCO)(FRANKFURT:3P0)(CUSIP:37890F) is pleased to announce that it has commenced a fully funded drill and technical work program at the Karakul Cobalt Project located in the Altai Republic, Russia. The intent of the program is to validate the historic Soviet resources, expand the area included in the current mine permit and increase the metallurgical understanding of the project.

The $3 Million program includes a 7,200-metre validation and expansion drill campaign. The drill plan was developed following an extensive data compilation, review, and geological modeling of the historical work by SRK Consulting Ltd. Moscow. A metallurgical scoping study is also included in the work program. Global Cobalt is acting as Operator as per the earn-in option agreement with Imperial Mining Holdings Limited. The program is expected to run for six months.

Dr. Michael Hitch, COO of Global Cobalt commented, “A significant amount of historic work has already been conducted on this project. We are using this opportunity to confirm and upgrade Soviet resources to 43-101 standards and delineate additional resources for inclusion in a future feasibility study.”

Erin Chutter, President & CEO of Global Cobalt stated, “This program is designed to increase the value and understanding of the Karakul Project, which is located in close proximity to the main cobalt markets in Asia.”

Past drilling by previous operators at the Karakul Cobalt Deposit intersected multiple zones of cobalt mineralization. An initial mineral resource was estimated to Soviet standards totaling 14.98 million tonnes of 0.21% cobalt, 0.09% bismuth, 0.44% copper and 0.11% tungsten in C1+C2 categories. An additional 47 million tonnes of material was outlined in the P1 category. This resource estimate is historic in nature and not compliant to National Instrument 43-101 standards. Reinterpretation of historic data by SRK has defined a geological model identifying multiple target areas for validation drilling with potential for cobalt, tungsten, and copper-bismuth mineralization at the hydrothermal polymetallic sulphide deposit. Drill holes are also designed to move mineralization from the P category to the C category under Russian standards and the equivalent Canadian standards. Most of the work targeted will be in the (Western Zone) particularly at its central portion that was previously investigated by approximately 3,000 metres of underground workings.

The other areas targeted, as defined by the geological model are:

—  Kuruozek Sector; 500 metres north of Karakul. Based on limited mapping

and sampling it appears to be the same ore-bearing structure. Drilling

targets will test the connection between these zones. Kuruozek is

The drilling campaign has been designed to assess the merit of the historical work conducted on the property during the Soviet era. The Company’s primary objective is to bring the Russian P Category resource into C levels of confidence for conversion to western standard resource categories. Upon completing the work program, it is anticipated that SRK will prepare a NI 43-101 compliant Mineral Resource for the Karakul project. Once the initial deposit drilling is complete, a second phase will commence with the objective of demonstrating continuity between contiguous deposits and delineate additional resource at Karakul and throughout the mineralized sector.

The work program will consist of the following:

—  Data compilation and interpretation with drill target selection and

to site and initiate a validation drill campaign totaling 7,500m.

—  Further metallurgical testing is anticipated to be carried out by SGS

—  Additional drilling is expected to test regional targets in the

Cobalt Corporation is a Canada-based strategic metals company focused on the development of a new mining region in the Republic of Altai. Global Cobalt will build upon the success of the Altai Projects while aggressively expanding and exploring existing properties to meet the demand for cobalt and other strategic metals.