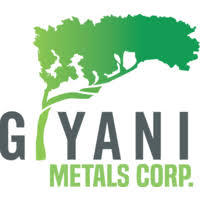 Giyani Metals Corp. (TSX-V:EMM) (FRANKFURT:KT9) (WKN:A2DUU8) is pleased to announce that it has received a letter of interest confirming in- principal project finance support for its K.Hill manganese project in Botswana. The letter was issued by Atradius Dutch State Business, the official administrator of the Export Credit Agency of the Netherlands, under the export credit insurance scheme of the Dutch government.

Atradius is the official ECA that administers the ECA scheme for the government of the Netherlands. In order to promote Dutch exports, Atradius offers credit insurance products for projects involving the export of goods and services from the Netherlands. ECA Cover from Atradius is often used to assist Dutch exporters in winning export transactions and increasing the capacity to raise finance from banks for projects involving Dutch exports.

Interest rates charged by lenders on debt insured by ECA Cover are typically lower than commercial rates, as repayment of part of the debt is insured, with longer tenor, and favourable repayment schedule also a feature of ECA supported debt.

The LOI represents the first milestone in Giyani’s engagement with Atradius. The next step involves further due diligence by Atradius and, assuming a satisfactory outcome, a positive decision to provide ECA Cover.

It is common to work with one or more financial institutions, in parallel with Atradius, with the intention to fund the transaction supported by insurance from Atradius. The LOI itself does not constitute a commitment to provide ECA cover and there is no certainty that an agreement will be reached between the parties. Giyani will assist Atradius through its required due diligence investigations.

“The LOI from Atradius is an important milestone in Giyani’s progress to secure project financing for the K.Hill manganese project and continues to reinforce the Company’s aim to become a leading independent supplier of high purity electrolytic manganese metal (HPEMM) to the global battery electric vehicle market.

I would like to thank our Dutch engineering partner and preferred EPC contractor, Royal IHC, for their help in obtaining this preliminary, yet significant, first step towards further support from Atradius. The LOI is a testament to the systematic and structured development of the K.Hill project as many startup mineral resource developers fail to meet the criteria for initial ECA support. We look forward to working with Atradius through its due diligence process, which will benefit from the ongoing work on the feasibility study for the K.Hill project.

This latest development represents a major potential boost to Giyani’s efforts in accelerating the K.Hill project financing plans by giving us broader and easier access to the debt markets.”

Giyani Metals Corp. is a Canadian junior exploration company focused on creating shareholder value by accelerating the development of its high-grade manganese project in the Kanye Basin, Botswana, Africa.

Atradius Group is one of the world’s leading credit insurers with over 90 years of credit management experience. Atradius acts as the Export Credit Agency for the Netherlands through its subsidiary Atradius Dutch State Business NV. The mandate of Atradius Dutch State Business is to promote Dutch exports and investments abroad. In return, the ECA provides credit insurance, thereby reducing the cost of borrowing compared with commercial lending.