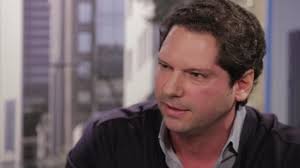 Recently, I travelled to Chile, Toronto, NYC and visited Southwire, America’s single largest user of Copper metal. Here are some interesting data points I thought you would appreciate. 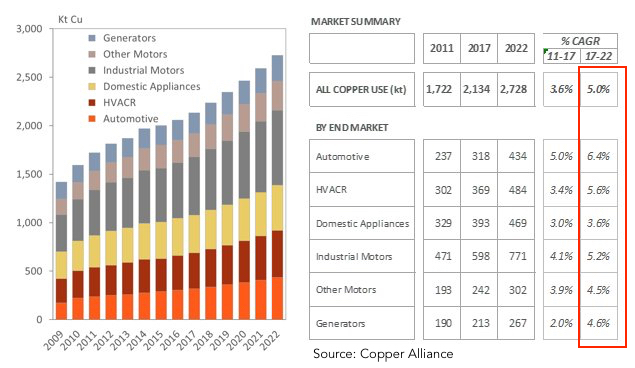 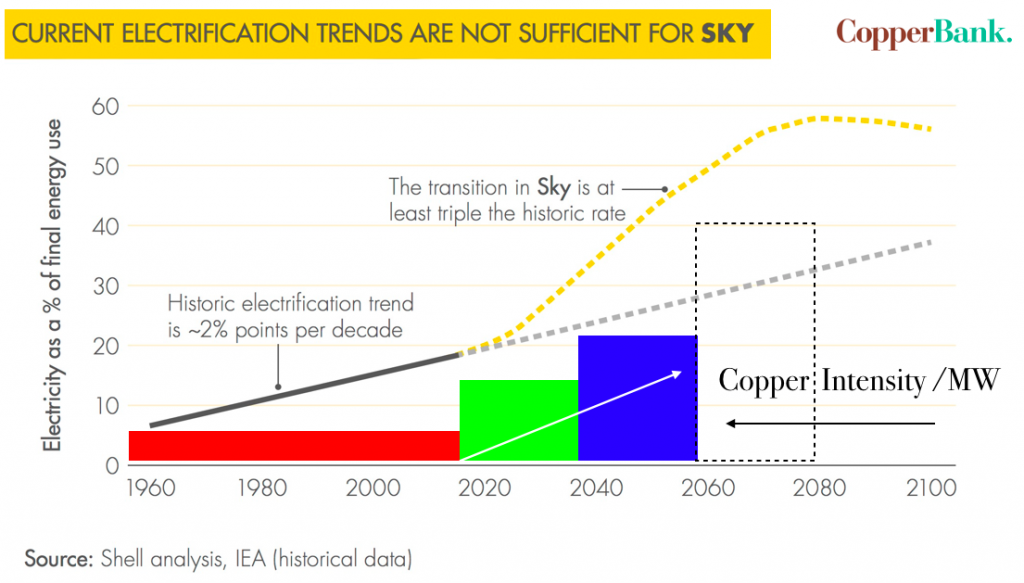 3.  Copper vs Oil:I have been saying for some time that Copper will decouple from Oil – meaning – supply CAGR growth potential, demand CAGR growth rate for copper 4%, 5% or higher, and PRICE on a % basis. We need to make 0.4% Copper reserves economic, not possible at sub $4/lb Copper. So, the trend remains in tact. When OPEC decided not to be the swing producer for Oil markets at their infamous meeting on November 27, 2014, the Oil price collapsed. We have used the saying many times: “When they raid the house of ill repute, they arrest everyone, including the piano player.”  Over the past 40 years, Copper prices have been directly correlated to Oil prices +90% of the time. This is not sustainable because… because they are directly inverse to each other for supply & demand. The below graphic depicts a return to the mean… for now.

4. There Has Been No Technical Renaissance In Copper Mining: A few weeks back, our friend Marin Katusa put out a piece on the future of Copper mining. We share two important charts. The first, displays the grade profile awaiting global miners. In 2010 the average grade that went through the mills of the 15 largest producers was ~1.2% Cu, last year it was about 0.70% Cu.  However, future reserves are about 0.4% Cu. This is a very under appreciated characteristic that only a large Copper miner can sympathize with. Imagine if you previously mined 30 Mts of rock per annum at ~1.0% Cu ore. It’s kind of a big deal when grade falls to 0.6%, or 0.5% – you can do the math. Point is, to incentivize the development of 0.4% Copper Reserves it is Economics 101 – the price of 1 tonne of that ore should be worth $40 – $50. When that is reverse engineered, it suggests Copper prices of $10,000 /tonne (or more) will be required, or past old all-time highs. We should also mention that about 1/3 of the life of mine operating costs for most Chilean and Peruvian Miners (50% of primary Copper Production – and most investors think we rely to much on Arab oil!) is the cost of moving and housing staff at a few thousand meters in elevation in the middle of nowhere. Forever.  Location matters! 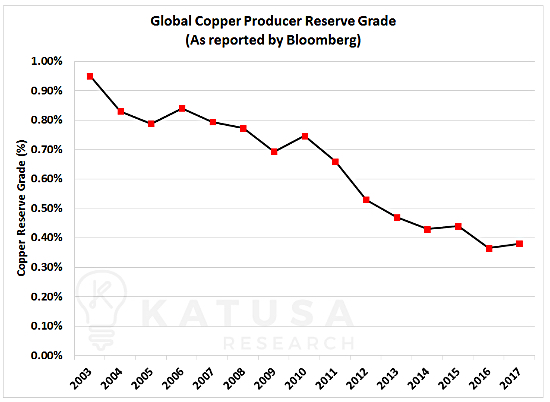 This is precisely the CopperBank business model.  Acquire projects that have had massive expenditures for a fraction of one penny per established pound in the ground.  Do investors think mid-tier and Sr. Copper Companies will spend another $100B in a future copper cycle, or, would they rather re-visit what has already been de-risked to a point? Imagine the arbitrage in the per pound valuation of what CopperBank currently owns in total copper resources & reserves compared to the cost to duplicate the work. Ed note, it would take in excess of USD $120 Million to duplicate all the work programs completed on our portfolio of projects.

Finally, location matters, trust me.  Having a project where all the staff can go home at the end of the day is VERY important to a miner who knows what is costs to pay for the movement and housing of staff over a 20, 30, 40 year mine life. This should not be underestimated, as this cost is Billions in never-ending operating costs. This makes for a great incentive for them to forgive other flaws in a project, while higher Copper prices can forgive further sins.

Location matters. US based projects will come to the fore in the next cycle, that is my firm believe.  All of CopperBank’s projects are located in 21% Corporate Tax-rate USA, in areas where staff can return home at the end of work shifts. Copper Creek, Contact and Pyramid.

Investors are encouraged to run a tabulation of CopperBank’s total resource/reserve inventory valuation on a per pound in the ground basis compared to our current market cap, and a total pounds of Copper in resource/reserve per issued share. 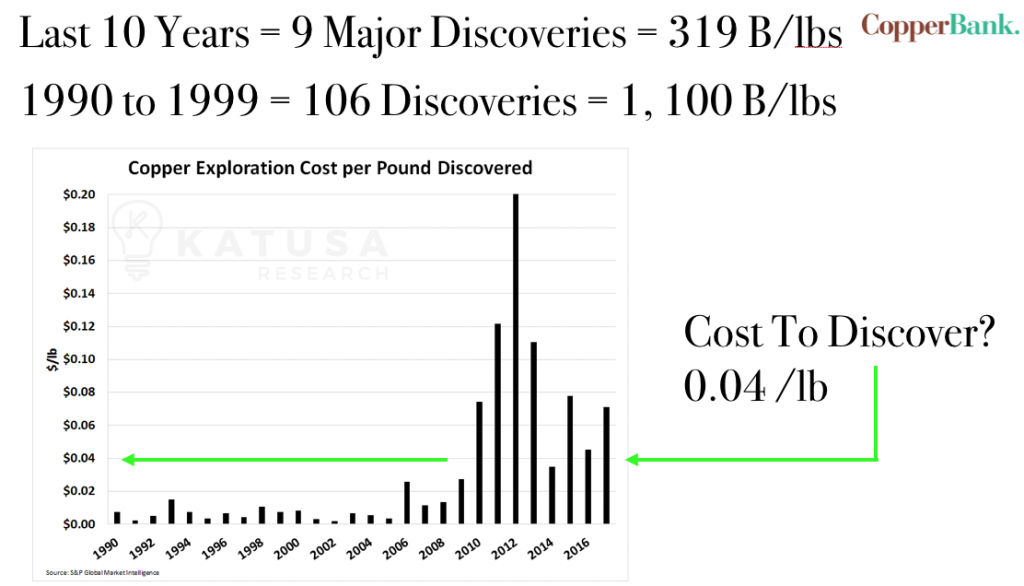