Geomega Announces Closing of Final Tranche of Financing for a Combined Total of $1.2M 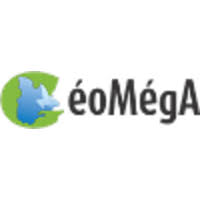 Geomega Resources Inc. (TSX-V: GMA) announces the second and final closing of a non-brokered private placement offering in the amount of $317,755, consisting of a total of 2,269,822 units at a price of $0.14 per Unit. Together with the first tranche, the Offering has resulted in aggregate proceeds of $1,232,010.

The Offering of Units consists of one common share and one-half of one share purchase warrant. Each Warrant entitles the holder thereof to acquire one additional common share at a price of $0.20 per share for a period of twenty-four months from the closing date. The Offering is subject to receipt of regulatory approval, including the final approval of the TSX Venture Exchange. The securities to be issued under the Offering will have a hold period of four months and one day from their issue.

“Thanks to the strong support from our shareholders, we were able to reach and surpass our original goal for this financing and raised a total of $1.2M. We are now looking forward to completing the final portion of our construction funding and begin the next exciting phase in Geomega’s development. The Corporation is finalizing its discussions with government and institutional groups and will provide an update as soon as it is available. The Corporation is also close to securing the ideal location for the demonstration plant which is required to complete the ongoing FEED study. The Corporation is expected to be in a position to begin the construction process on schedule in the coming months,” commented Kiril Mugerman, President and CEO of Geomega.

The Corporation will use the proceeds of the Offering for construction of the demonstration plant, working capital and operating expenses.

In connection with this Private Placement, the Company has paid a cash finder’s fee in an amount of $14,672 and issued 104,800 non-transferable finder’s options to acquire such number of common shares at a price of $0.20, exercisable for a period of twenty-four (24) months and subject to a hold period of four months plus one day from the closing date.

The company is targeting 2020 for initial production from its first commercial scale plant to supply HHREE’s to North America and other parts of the world.