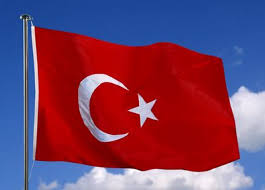 Gentor’s President and CEO Dr. Peter Ruxton commented: “Gentor’s “back to first principles” approach in the search for Cyprus-type VMS deposits in Turkey has resulted in the identification of several surface gossans in distal VMS settings and led to the negotiation of Joint Venture Option Agreements with two local Turkish entities. Our work in formulating preferred exploration target settings and in identifying key prospective geological environments is starting to bear fruit.”

An Option Agreement was signed with the first JV partner for a 50% share of three permits in the Boyabat area, with the following terms:

An Option Agreement was signed with a second JV partner for a 50% interest in three additional permits in the Boyabat area, with the following terms:

Having discovered further VMS mineralisation, but of insufficient size to eventually establish a commercial mining operation at the Hacimeter Project, Gentor has allowed the Besler Option Agreement to expire without continuing to form a Joint Venture.

In light of continued depressed market conditions, Gentor is proposing to undertake a strategic review of its Oman properties over the coming months.

Dr. Peter Ruxton, who is a Professional Member of the Institute of Materials, Minerals and Mining (I.M.M.M.), the Company’s President and Chief Executive Officer and a “qualified person” (as such term is defined in Canadian National Instrument 43-101 as promulgated by the Canadian Securities Administrators), has reviewed and approved the technical information in this press release.