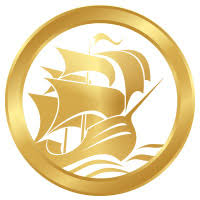 Galleon Gold Corp. (TSX-V: GGO) is pleased to announce that it has closed its previously announced brokered private placement. The Offering was oversubscribed for gross proceeds of C$8.0 million and consisted of the sale of the following:

The net proceeds from the sale of the Units will be used for exploration and general working capital purposes. The proceeds from the sale of the flow-through shares will be used for “Canadian exploration expenses” and will qualify as “flow-through mining expenditures”, as defined in subsection 127(9) of the Income Tax Act (Canada). The Company intends to renounce the Qualifying Expenditures to subscribers of flow-through shares for the fiscal year ended December 31, 2020.

Certain insiders, directors and officers of the Company, including Mr. Sprott, subscribed for an aggregate of 15,000,000 Units under the Offering on the same terms as arm’s length investors. The participation of the insiders, directors and officers in the Offering constitutes a “related party transaction” for the purposes of Multilateral Instrument 61-101 – Protection of Minority Security Holders in Special Transactions. The Company is exempt from the requirements to obtain a formal evaluation or minority shareholder approval in connection with the insider participation in reliance on sections 5.5 (a) and 5.7 (1) (a) of MI 61-101, as neither the fair market value of the securities issued, nor the fair market value of the consideration for the securities issued exceeds 25% of the Company’s market capitalization as calculated in accordance with MI 61-101. The Company did not file a material change report containing all of the disclosure required by MI 61101 more than 21 days before the expected closing date of the Offering as the aforementioned insider participation had not been confirmed at that time and the Company wished to close the Offering as expeditiously as possible.

Galleon Gold is a North American exploration and development company. Eric Sprott holds approximately 23% of the Company’s outstanding common shares and is also the Company’s partner on the Neal Gold Project in Idaho. The Company’s flagship project, the West Cache Gold Project, is located 13 km from Timmins, Ontario.