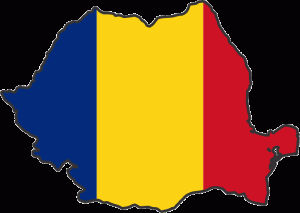 Gabriel Resources Ltd. (TSX:GBU) is pleased to announce that the Romanian Government has approved draft legislation relating to the Rosia Montana Project. If adopted by the Romanian Parliament in its next session, commencing September 2, 2013, this legislation will set the framework to significantly accelerate the development of Europe’s largest gold mine at Rosia Montana and other mining projects in Romania.

In its meeting on August 27, the Government approved a draft law “on certain measures related to the exploitation of the gold-silver deposits from Rosia Montana and stimulation and facilitation of mining development in Romania” which will be subject to debate and approval by the Parliament. The main measures proposed by the Draft Law, as announced by the Government, are:

As previously announced, Gabriel has been in negotiations with the Government with regards to increased royalty and ownership rates along with other long-term commitments on environment, cultural heritage and a defined route to successful permitting to underpin the Project’s status as a world-class, long-term and sustainable investment. The Company is highly encouraged by the recent progress of discussions with the Government since the Project’s inclusion in the National Plan for Strategic Investment and Job Creation in July 2013 and the subsequent development of the Agreement and Draft Law (“Documents”). Gabriel can confirm that the Documents also seek to facilitate a significant extension to the mining licence, and other long-term legal and fiscal conditions that the Company wishes to see in place, together with an outline schedule of permitting milestones that include estimated first gold production in November 2016.

Gabriel is currently awaiting receipt of the final form of the Documents, which have been subject to negotiation with, and endorsement of, multiple ministries within the Government in the days leading up to the Government’s decision. As matters progress the Company will update the market accordingly.

“The Romanian Government’s decision to approve a law specific to the Rosia Montana Project represents a significant milestone for all stakeholders. We are extremely encouraged by this major step towards progression of the permitting process and consider it to be a clear sign of endorsement by the Government for investment into Romania. A Parliamentary adoption of the proposed law will enable Gabriel to build Romania’s first modern mine, creating direct and indirect employment, and providing significant cultural, environmental and economic benefits. We remain fully committed to constructing what will be Europe’s largest gold mine.”

Gabriel is a Canadian TSX-listed resource company focused on permitting and developing its world-class Rosia Montana gold and silver project. The exploitation license for the Project, the largest undeveloped gold deposit in Europe, is held exclusively by Rosia Montana Gold Corporation, a Romanian company in which Gabriel owns an 80.69 percent equity interest, with the 19.31 percent balance held by CNCAF Minvest S.A., a Romanian state-owned mining enterprise. Gabriel and RMGC are committed to responsible mining and sustainable development in the communities in which they operate. The Project is anticipated to bring over US$24 billion (at US$1,200/oz gold) to Romania as potential direct and indirect contribution to GDP. The Project will generate thousands of employment opportunities. Gabriel intends to build a state-of-the-art mine using best available techniques and implementing the highest environmental standards whilst preserving local and national cultural heritage in Romania.