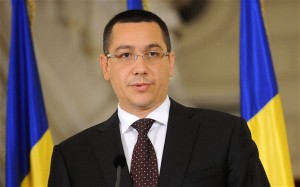 Gabriel Resources Ltd. (TSX:GBU) notes media statements in Romania this morning reporting comments by the Prime Minister and other ministers of the Romanian Government that the draft legislation relating to the Rosia Montana Project is to be rejected before debate by the two chambers of the Romanian Parliament.

Notwithstanding that the Government approved the draft legislation in its meeting on August 27, and recent polls illustrate a majority of support for progression of the Project across Romania it appears that the Government has instituted emergency procedures to halt any debate in Parliament.

Gabriel is urgently seeking confirmation of the actual statements made and clarification of the impact on the proposed permitting of the Project. If the draft legislation is rejected then the Company will assess all possible actions open to it, including the formal notification of its intentions to commence litigation for multiple breaches of international investment treaties.

As matters progress the Company will update the market accordingly, however until such further announcement the Company would advise caution in the trading of its shares.

Gabriel is a Canadian TSX-listed resource company focused on permitting and developing its world-class Rosia Montana gold and silver project. The exploitation license for the Project, the largest undeveloped gold deposit in Europe, is held exclusively by Rosia Montana Gold Corporation, a Romanian company in which Gabriel owns an 80.69 percent equity interest, with the 19.31 percent balance held by CNCAF Minvest S.A., a Romanian state-owned mining enterprise. Gabriel and RMGC are committed to responsible mining and sustainable development in the communities in which they operate. The Project is anticipated to bring over US$24 billion (at US$1,200/oz gold) to Romania as potential direct and indirect contribution to GDP. The Project will generate thousands of employment opportunities. Gabriel intends to build a state-of-the-art mine using best available techniques and implementing the highest environmental standards whilst preserving local and national cultural heritage in Romania.