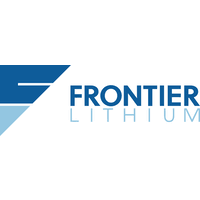 Frontier Lithium Inc. (TSX-V: FL) (OTCQX: LITOF) is pleased to announce the results of the remaining three delineation drill hole drilled during The Phase IX drill program in February and March, 2021 on the Spark pegmatite. Although drilling was completed on March 19th, 2021, analytical results have been delayed due mainly to the COVID Pandemic.

“These results confirm continuity of the pegmatite and lithium grades between holes PL-038-19, PL-039-19 and PL-042-19 and the surface exposures of the pegmatite,” states Garth Drever, V.P. Exploration, “Hole PL-046-19 is a significant step in the process of upgrading Inferred to Measured and Indicated.”

The objectives for the Phase IX drill program in February-March 2021 were to complete targets that were not easily accessible in summer months and considered vital for completing a Pre-feasibility Study. Figure 1 is a location map showing the project area including a compilation of the Spark Deposit area. Table 1 details the mineralized intersections in holes PL-046-21, PL-047-21 and PL-049-21 while Table 2 is a summary of all the Phase IX drill holes.

Hole PL-046-21 was the first of 4 delineation holes drilled during Phase IX at Spark. It was stepped back to the south to test the southern extension of the pegmatite intersected in geomechanical hole PL-GDH-06-21 (see Press Release dated June 1, 2021). The hole was collared in metasediments intersecting a narrow 5.5m zone of LIZ (Lower Intermediate Zone) at 39m before intersecting continuous pegmatite (predominately LIZ) from 49.7m to 370.3m averaging 1.68% Li2O. Minor zones of mafic host rock totaling 16.2m occur from 243 to 288m and again from 335 to 348m these zones are typically  less than 1m and up to 5m. Spodumene is ubiquitous throughout the intersection with laths typically less than 10mm and occasionally displaying “Jack Straw” textures with lath 2 to 4 cm over several metres. A 12 m zone of CIZ (central Intermediate zone) comprised mostly of feldspar and coarse muscovite which appears to over-print a pre-existing aplite, occurs from 349 to 361 m. The hole was terminated at 376.2 m in metavolcanic. It was not confirmed that the pegmatite was completely transected.

Hole PL-049-21 was collared 30m southwest of PL-048-21 to test the southern extent of the pegmatite collared in PL-048-21 (see Press Release dated June 1, 2021) and the area between the holes PL-041-19 from the north and PL-045-19 from the south. The apparent mafic-pegmatite contact was intersected near where PL-048-21 was collared. The pegmatite appears to narrow to 28m (40.3 to 68.3m) averaging 1.36% Li2O, then 145 metres of predominately mafic host rock to 213.3 before intersecting a mix of pegmatite dykes (2 to 40 m wide) and hostrock. The hole was terminated prematurely at 303.2m with just under 10m of aplite averaging just over 1% Li2O. As illustrated in Figure 1 the drill hole had not completely transected the main body of the pegmatite as projected from surface.

A second geomechanical hole, PL-GDH-07-21, was drilled towards the south and collared near hole PL-040-19. Only mafic hostrock was intersected. The hole was drilled to test for pit wall stability purposes.

Figure 2 is a section displaying the drill hole traces and lithium concentrations for holes PL-046-21 and PL-048-21 drilled in 2021 along with the 2019 holes and channels confined within a 75m by 350m long section. With the exception of a few narrow mafic host rock zones, the figure displays the consistency and continuity of the pegmatite across the width of the Spark pegmatite. Initial drilling in September will fill-in gaps directly below the surface channeling and the area between the channels and hole PL-041-19.

Starting in mid September, Frontier will commence Phase X drilling at Spark. Objectives will be to complete the geomechanical drilling and to upgrade the bulk of Inferred resource to Measured and Indicated as required for the Company’s advancing PFS of a fully-integrated lithium chemical operation.

All scientific and technical information in this release has been reviewed and approved by Garth Drever, P.Geo., the qualified person under the definitions established by National Instrument 43-101. Under Frontier’s QA/QC procedures, all drilling was completed by Chenier Drilling Ltd. of Val Caron, ON using thin-walled BTW drill rods (4.2 cm core diameter) and a Reflex ACT III oriented core system. Using the Reflex system, the drill core was oriented and marked as it was retrieved at the drill. The core was boxed and delivered to the Frontier core shack where it was examined, geologically logged and marked for sampling. The core was photographed prior to sampling. Using a rock saw, the marked sample intervals were halved with one half bagged for analysis. Sample blanks along with lithium, rubidium and cesium certified reference material was routinely inserted into the sample stream in accordance with industry recommended practices. Field duplicate samples were also taken in accordance with industry recommended practices. The samples were placed in poly sample bags and transported to Red Lake by Frontier employees and then shipped to AGAT Laboratories Ltd. (AGAT) in Thunder Bay for processing and to Mississauga, ON for quantitative multi-element analysis. AGAT is an ISO accredited laboratory. The core is stored on site at the Pakeagama Lake exploration camp.

Frontier Lithium is an emerging pure play lithium company with the largest land position in the Electric Avenue, an emerging premium lithium mineral district located in the Great Lakes region of northern Ontario. The company maintains 100% ownership in the PAK Lithium Project which contains one of North America’s highest-grade, large tonnage hard-rock lithium resources in the form of a rare low-iron spodumene. The Project has significant upside exploration potential. Frontier is a pre-production business that is targeting the manufacturing of battery quality lithium hydroxide in the Great Lakes Region to support electric vehicle and battery supply chains in North America. Frontier maintains a tight share structure with management ownership approximately 25% of the Company.

The PAK Lithium Project encompasses 26,774 hectares at the south end of Ontario’s Electric Avenue, the largest land package hosting premium lithium bearing pegmatites in Ontario. The Project covers 65 km of the Avenue length and remains largely unexplored; however, since 2013 the company has delineated two premium spodumene bearing lithium deposits (Pak and Spark) located 2.3 km from each other. A 2021 Preliminary Economic Assessment of a fully-integrated lithium operation utilizing spodumene concentrate generated from the PAK Lithium Project resource to achieve downstream conversion for production of battery-quality lithium chemicals (NI 43-101 Technical report titled “PAK Property” by BBA Engineering Ltd. issued on April 5, 2021) resulted in a post-tax NPV8% of USD $974M with a 21% IRR. Considerable exploration upside is supported on the PAK Lithium Project through two other spodumene bearing discoveries; Bolt pegmatite located between PAK and Spark deposits, as well as Pennock pegmatite, a further 30 km northwest of PAK within the Project claims. 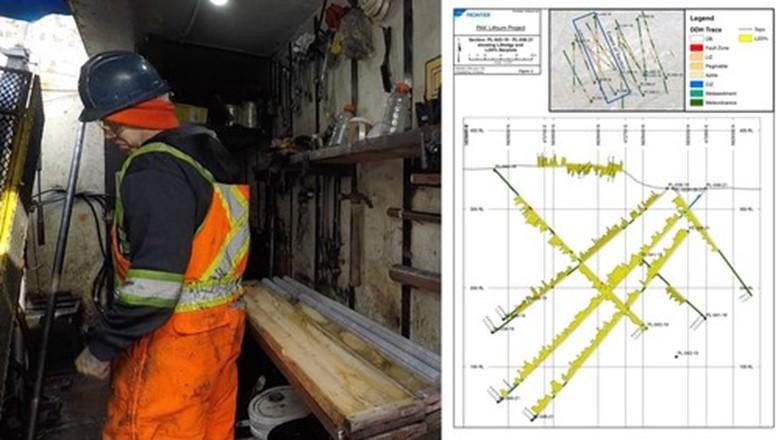