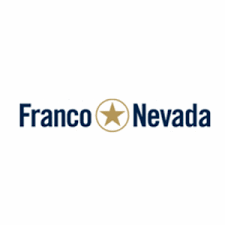 “In 2020, the challenges of the COVID-19 pandemic highlighted the diversity of our portfolio, the commitment of our staff, and the resolve of the employees and communities at our assets,” stated Paul Brink, CEO. “With record precious metals prices through the year and the recovery of energy prices in the second half of the year, Franco-Nevada generated record financial results. We are pleased to announce a new precious metals stream on the Condestable copper mine in Peru and the acquisition of a portfolio of natural gas royalties in the Haynesville play in Texas. We expect strong growth in 2021 and over the next 5 years, driven by the ongoing Cobre Panama ramp-up, the two newly acquired assets and from broad organic growth across the portfolio. On the strength of this outlook, we are increasing the quarterly dividend to $0.30/share starting with our second quarter dividend payment in June which will be declared in May. We are proud that this 15.4% increase will mark our 14th annual dividend increase. We have also strengthened our commitment to increase diversity at Franco-Nevada by adopting a goal of at least 40% diverse representation at the Board and senior management levels.”

In 2021, we expect attributable royalty and stream sales to total 555,000 to 585,000 GEOs from our Mining assets and additional revenue of $115 to $135 million from our Energy assets. Of the royalty and stream sales from mining assets, we expect 375,000 to 405,000 GEOs from our various stream agreements. For 2021 guidance, silver, platinum and palladium prices have been converted to GEOs using commodity prices of $1,750 Au, $25.00 Ag, $1,100 Pt and $2,200 Pd. The WTI oil price and Henry Hub natural gas price are assumed to average $55 per barrel and $2.50 per mcf. We estimate depletion expense to be $250 to $280 million. The 2021 guidance and 5-year outlook below are based on public forecasts and other disclosure by the third-party owners and operators of our assets or our assessment thereof.

Franco-Nevada expects its existing portfolio to produce between 600,000 and 630,000 GEOs by 2025, and additional revenue of $150 and $170 million from our Energy assets. This outlook assumes that the Cobre Panama project will have expanded its mill throughput capacity to 100 million tonnes per year during 2023. It also assumes continued deliveries from Sudbury into 2025, the commencement of production at Salares Norte, Hardrock, Stibnite Gold and Valentine Lake, and that the stream at MWS will have reached its cap. It is expected the remaining committed capital of $114.0 million for the Royalty Acquisition Venture with Continental will be funded. The commodity price assumptions are the same as those used for our 2021 guidance and assume no other acquisitions other than the Condestable stream.

Franco-Nevada is pleased to announce that its Board of Directors has decided to raise its quarterly dividend to $0.30 per share, effective for the second quarter of 2021. The dividend will be a 15.4% increase from the previous $0.26 per share quarterly dividend and will mark the 14th consecutive annual dividend increase for Franco-Nevada shareholders. Canadian investors in Franco-Nevada’s IPO in December 2007 will be receiving an effective 10.0% yield on their cost base. The Board of Directors plans on formally declaring the second quarter dividend of $0.30 per share in May 2021 with payment by the end of June 2021.

Franco-Nevada is also pleased to announce that its Board of Directors has adopted a goal of 40% diverse representation at the Board and senior management level by 2025. The new goal affirms Franco-Nevada’s commitment to improve the representation of women, black people, indigenous peoples, racial minorities, people with disabilities, and members of the LGBTQ+ community at the leadership level. The Company recognizes that diversity and inclusion are critical to its success and is striving to build on the progress it has already made.

Energy: Revenue from the Energy assets decreased to $27.8 million in Q4/2020 compared to $30.0 million in Q4/2019. Revenues were negatively impacted by lower realized commodity prices and lower volumes associated with a reduction in drilling by operators. These factors were partly offset by the incremental royalties we recognized on our newly acquired interests in the Haynesville shale play of $4.2 million.

Franco-Nevada Corporation is the leading gold-focused royalty and streaming company with the largest and most diversified portfolio of cash-flow producing assets. Its business model provides investors with gold price and exploration optionality while limiting exposure to many of the risks of operating companies. Franco-Nevada is debt free and uses its free cash flow to expand its portfolio and pay dividends. It trades under the symbol FNV on both the Toronto and New York stock exchanges. Franco-Nevada is the gold investment that works.

FRANCO-NEVADA CORPORATION
CONSOLIDATED STATEMENTS OF (LOSS) INCOME AND COMPREHENSIVE INCOME
(in millions of U.S. dollars and shares, except per share amounts)