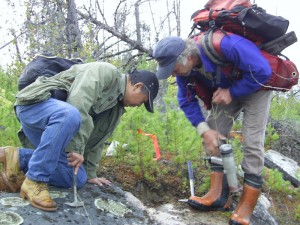 Forum Uranium Corp. (TSX VENTURE:FDC) announces that, further to its news releases of August 21 and August 27, 2013, it has raised $2,593,219 through the issuance of 7,008,702 units at a price of $0.37 per unit. Each unit consists of one common share and one share purchase warrant. Each warrant entitles the holder thereof to acquire one common share at a price of $0.50 for a period of two years expiring September 9, 2015.

Proceeds from this financing will be used to conduct ground geophysics and a winter drill program on the Company’s 100% owned Clearwater project adjacent to and on trend with the Alpha/Fission Patterson Lake South uranium discovery in the western Athabasca Basin, Saskatchewan.

Forum Uranium Corp. is a Canadian-based energy company with a focus on the acquisition, exploration and development of Canadian uranium projects. Forum has assembled a highly experienced team of exploration professionals with a track record of mine discoveries for unconformity-style uranium deposits in Canada. The Company has a strategy to discover near surface uranium deposits in the Athabasca Basin, Saskatchewan and the Thelon Basin, Nunavut by exploring on its 100% owned properties and through strategic partnerships and joint ventures.