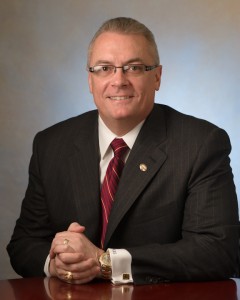 Joining the Advisory Board is Mr. Mark A. Smith. Mr. Smith is well recognized in the mining community, having recently served as CEO and Director of Molycorp, Inc., where he was instrumentally involved in taking that from a private company to a publicly traded producing mine. Prior to that, Mr. Smith was the President and Chief Executive Officer of Chevron Mining Inc. and managed the real estate, remediation, mining and carbon divisions of Unocal Corporation for over 22 years. During his tenure with Chevron Mining Inc., Mr. Smith also served as a Director of Companhia Brasileira de Metalurgia e Mineração (CBMM), part of the Moreira Salles Group, a private company that currently produces approximately 85% of the world supply of Niobium.

“We are extremely pleased to welcome Mark to our team,” declared Peter Dickie, President and CEO. “We believe the addition of an individual such as Mark, with his experience and business contacts with Niobium producers, is a tremendous vote of confidence and will greatly assist us in financing and developing our large and unique Niobium project.”

Mr. Smith commented, “I feel honored to be associated with the best potential niobium resource in the United States and I look forward to helping bring this resource into production; offering our country’s steel companies a domestic source of niobium.”

The Company is developing the Elk Creek Carbonatite, the only primary niobium deposit known to be under development in the U.S., and the highest grade undeveloped niobium deposit in North America. The currently defined significant size and grade of this strategic mineral deposit (NI43-101 resource of 19.3 Million tonnes grading 0.67% Indicated containing over 129,182 tonnes of Nb2O5, and 83.3 Mt grading 0.63% containing over 523,844 tonnes of Nb2O5. Inferred), is garnering the attention of a number of significant domestic and international corporations.

In recognition of the ongoing focus, and to better reflect development plans at the Elk Creek Niobium project in Nebraska, the name of the Company is being changed to NioCorp Developments Ltd. It is anticipated the name change will be concluded shortly, following which the company will begin trading under a new symbol. There will be no change in capitalization as a result of the name change. Further details will be announced shortly.

The Company also wishes to announce the granting of incentive stock options to its directors, officers, consultants and employees, under its Stock Option Plan, for the purchase of up to 1,350,000 common shares of the Company for a period of 3 years at a price of $0.15 per share.

For further information, contact the Company at (604) 568-7365 or visit www.QuantumRareEarth.com