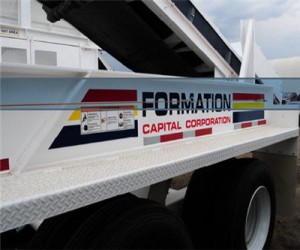 Formation Metals Inc. (TSX:FCO) is providing an update to shareholders on recent corporate and cobalt sector developments. Over the last few months, Formation has been actively pursuing several opportunities resulting from the significant increase in long term demand for cobalt from the rechargeable battery sector required for electric vehicles and hybrid electric vehicles where cobalt is one of the key components.

Technological advancements and increased environmental concerns have changed the long term demand for cobalt especially for materials that are ethically and environmentally sourced. A California based EV manufacturer recently announced its intention to build the world’s largest rechargeable battery factory in the Southwestern United States. This US$5.0 billion Gigafactory is estimated to produce the equivalent of all the electric vehicle and grid storage batteries currently produced worldwide. It will also increase the demand for cobalt by an estimated 20% once targeted commercial production reaches full capacity, commencing in 2017.

The EV manufacturer has publicly stated that it intends to source the required raw materials as locally as possible to reduce the environmental impact with consideration for ethical sourcing. As the EV market continues to rise in popularity and importance, other EV manufacturers have announced plans for new vehicle production. If this growth continues, it is estimated that by the end of the decade sales of electric cars will rise sharply. The Idaho Cobalt Project remains the sole near term, fully permitted cobalt deposit in the United States and as such, is a logical contender as a potential supplier of domestically and ethically sourced cobalt.

The Company has been reviewing options to produce battery grade cobalt chemicals from its ICP at the planned refining Cobalt Production Facility to be located on a railhead, with encouraging initial economic forecasts. The CPF was initially designed to produce high purity cobalt metal suitable for critical applications in the superalloy sector with extensive metallurgical test work confirming the viability of this production scenario. Over the past several months, internal studies indicated the CPF design can be modified to produce cobalt chemicals for the battery sector, such as cobalt sulphate. These changes could result in lower capital expenditures and operating costs for the ICP and are not expected to affect the near term mine production schedule, currently estimated to be within 9 – 14 months upon the successful conclusion of mine financing. Requests for Proposals from third party firms to vet this recent internal engineering work is currently in progress.