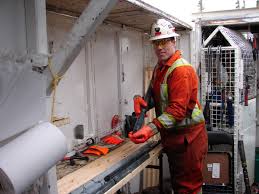 Foran Mining Corporation (TSX VENTURE:FOM) is pleased to announce that it has reached an agreement with Thundermin Resources Inc. to purchase the net profits interest that Thundermin has on certain of the Company’s exploration properties in Saskatchewan and Manitoba. In consideration for the NPI, Foran will pay C$50,000 in cash and issue 100,000 common shares of the Company to Thundermin. The Agreement is subject to approval by the TSX Venture Exchange. Resale restrictions and hold periods may be placed on the Foran shares issued in this transaction by the TSX Venture Exchange.

Details concerning the royalty agreements on Foran’s properties may be found in the Management Discussion and Analysis for the twelve month period ended September 30, 2013 at www.sedar.com.

Foran is a diversified exploration and development company with projects in the Flin Flon Mining Belt. The Company’s flagship McIlvenna Bay Project is located in east central Saskatchewan, 65 kilometres west of Flin Flon, Manitoba and contains McIlvenna Bay, one of the largest undeveloped volcanogenic massive sulphide (“VMS”) deposits in Canada.