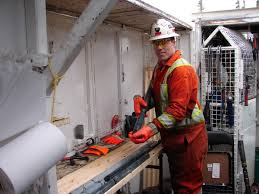 Foran Mining Corporation (TSX-V:FOM) is pleased to announce it has closed the previously announced non-brokered private placement. The Placement was fully allocated and the Company raised proceeds of $1.2 million, which consisted of 6,000,000 units of the Company at a price of $0.20 per Unit. Each Unit consisted of one common share issued on a flow-through basis in connection with which Foran will incur and renounce Canadian exploration expenses, and one-half of one common share purchase warrant. Each whole Warrant is exercisable for one Common Share at a price of $0.30 per Common Share until August 11, 2015.

The proceeds of the Placement will be used for exploration on the Company’s landholdings in east-central Saskatchewan.

A total of 248,000 Units, representing gross proceeds of $49,600, were acquired by directors and officers of Foran, including Units acquired by persons for accounts over which directors and/or officers of Foran have direction and control. The Insider Purchases constituted a ‘related party transaction’ under Multilateral Instrument 61-101 – Protection of Minority Security Holders in Special Transactions. The Placement was approved by all of the non-interested directors of the Company; the interested directors (and officers) abstained from approval of this matter. The Insider Purchases are exempt from the valuation and minority approval requirements of MI 61-101 on the basis that no securities of the Company are listed or quoted on any specified markets, namely the Toronto Stock Exchange, the New York Stock Exchange, the American Stock Exchange, the NASDAQ Stock Market, or a stock exchange outside of Canada and the United States other than the Alternative Investment Market of the London Stock Exchange or the PLUS market operated by PLUS Markets Group plc, and at the time the Placement was agreed to, neither the fair market value of the Units nor the consideration to be received for those Units, insofar as the Placement involved interested parties, exceeded $2,500,000.

All securities issued in the Placement are subject to a four month hold period. On closing of the Placement a finder received 75,000 finder units, such units
consisted of one common share and one-half of one Warrant; each whole Warrant is exercisable for one Common Share at a price of $0.30 per Common Share until August 11, 2015.

Foran is a diversified exploration and development company with projects in the Flin Flon Mining Belt. The Company’s flagship McIlvenna Bay Deposit, located in east central Saskatchewan, 65 kilometres west of Flin Flon, Manitoba, is one of the largest undeveloped volcanogenic massive sulphide (“VMS”) deposits in Canada.