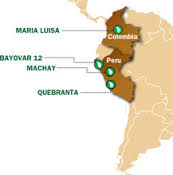 Focus Ventures Ltd. (TSX-V:FCV) is pleased to advise that it has closed its previously announced non-brokered private placement by issuing 5.7 million units at $0.22 per unit, for gross proceeds of $1,254,000. Each unit consists of one common share and one-half of a warrant, each whole warrant entitling the holder to purchase one additional common share of the Company at $0.265 for one year from closing. The Company also issued 21,000 units and 179,741 warrants as finders’ fees in connection with the financing. The finders’ fee warrants are also exercisable at $0.265 for one year from closing. All of the shares and warrants have a resale restriction until August 12, 2014.

The proceeds of the financing will be used for continued exploration of the Company’s Bayovar 12 phosphate project in Peru, and for general working capital purposes.

Phosphate rock is a raw material for fertilizers and vital to world food production. Focus is acquiring and developing quality phosphate projects in Latin America where the discovery and development of new deposits is becoming increasingly important given the growing demand and limited local supply of phosphate for fertilizer production.