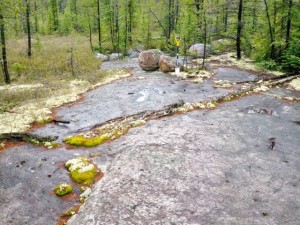 PLN, which is considered by Fission to be an important core holding, comprises 10 contiguous claims totalling 27,408 hectares in the south-west area of the Athabasca Basin immediately North of and adjacent to Fission’s Patterson Lake South project.

“We are very pleased to have reached an agreement with Azincourt, where they have the opportunity to earn in to the Patterson Lake North (PLN) project and join efforts with our successful management and technical team. This transaction brings together two highly motivated groups to explore the highly prospective SW region of the Athabasca Basin,” stated Dev Randhawa, Chairman and CEO of Fission.

Under the terms of the Option Agreement, Azincourt has agreed, subject to the satisfaction of certain conditions precedent including the receipt of TSX Venture Exchange acceptance, to acquire up to a 50% interest in PLN by incurring $12,000,000 of staged exploration expenditures and paying $4,750,000 in cash or Azincourt shares on or before April 29, 2017, as follows:

In addition Azincourt will grant to Fission a 2% Net Smelter Royalty on exercise of the option.

The parties’ obligations to close the Option Agreement are subject to the satisfaction of the usual conditions precedent including:

Azincourt has agreed, subject to Exchange acceptance, to the payment of a finder’s fee to an arms length third party for introducing Azincourt to Fission upon the successful completion of the Acquisition.

Summary of the Patterson Lake Project

The Athabasca Basin is a premiere geologic district notable for hosting the world’s richest uranium deposits, with a well established and politically stable, uranium exploration and mining sector. Recent discoveries of high-grade uranium in the southwestern region of the Athabasca Basin are considered by Azincourt to indicate the prospective merit of this under-explored area.

PLN is prospective for hosting structurally controlled high-grade uranium mineralization that is often associated with basement graphitic shear zones within clay altered metasedimentary basement lithologies. These features have unique characteristics that can be identified by various geophysical surveys.

PLN lies within a large basin scale NE trending gravity low structural corridor that also incorporates the adjacent PLS property. The former Cluff Lake mine (greater than 60M lbs U3O8 produced) and the UEX-Areva Shea Creek deposits (42 km and 27 km to the north respectively) lie along the western margin of this structural feature. The recently discovered high-grade uranium mineralization found at PLS located 5.7km to the south, also lies within this structural corridor. Coincidentally, PLN also lies within a complex magnetic corridor showing magnetic highs and lows and breaks in regional major features. Several EM anomalies are evident within PLN, including what may be interpreted to be the southern extension of the Saskatoon Lake EM conductor, which itself is associated with the Shea Creek deposit to the north.

To date Fission has spent approx. $4.7M on exploration on PLN ranging from airborne to ground geophysics to a first-pass drilling of a few select targets. Portions of PLN are currently drill-ready and other areas require further ground geophysical surveys and interpretation to bring them up to drill ready stage.

Fission’s experienced and successful management and technical team, with a track record of two major high-grade uranium discoveries in the Athabasca Basin region in the past 3 years (Waterbury Lake project and the PLS project), will operate and manage PLN which comprises ten contiguous claims totaling 27,408 hectares. Fission currently holds a 100% interest in PLN.

The $1.5 million budgeted work program for year 1 will consist of approx. 2,500m of diamond drilling in addition to select areas of airborne EM geophysical survey coverage. It is anticipated that radon and helium surveys designed to assist in the detection of subsurface uranium occurrences will be conducted in certain areas to assist in developing high priority drill targets.

Azincourt announces its intention to complete a non-brokered private placement consisting of the issuance of up to 10,000,000 common shares of the Azincourt at a price of C$0.15 per common share, for gross proceeds of up to C$1,500,000.

The proceeds of the private placement will be used to fund the first year exploration work program on PLN.