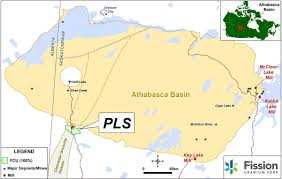 All securities issued are subject to a statutory hold period expiring on the date that is four months and one day following September 23, 2014.

The Company intends to use the gross proceeds of the Offering for “Canadian exploration expenses” (within the meaning of the Income Tax Act (Canada)) related to the Company’s Canadian uranium mining exploration projects. The Company has agreed to renounce such Canadian Exploration Expenses with an effective date of no later than December 31, 2014.

Fission Uranium Corp. is a Canadian based resource company specializing in the strategic exploration and development of the Patterson Lake South uranium property and is headquartered in Kelowna, British Columbia.