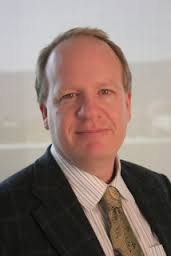 FISSION URANIUM CORP. (TSX VENTURE:FCU)(OTCQX:FCUUF)(FRANKFURT:2FU) the operator, and its 50% Joint Venture partner Alpha Minerals Inc., are pleased to announce that it has received all necessary permits and that a $6.95M, 44 hole, 11,000m drill program and ground geophysics surveys will commence in early July at their PLS property, located in the southwest region of Saskatchewan’s Athabasca Basin.

The new drill program, utilizing two diamond drill rigs and an reverse circulation (RC) drill rig is an immediate follow-up to the highly successful winter program that discovered high-grade uranium in three separate zones along an approximately 850m trend along strike of the PL-3B electromagnetic conductor which hit mineralization on greater than 90% of its drill targets delineating these zones

Fission’s team will use a combination of a RC drilling rig suitable for drilling in overburden, for pre-collaring and two diamond drill core rigs to drill bedrock. Barges will be used to test targets on the R390E and R780E zones as well as testing additional targets along trend within Patterson Lake, to the NE of the currently delineated mineralized zones. These additional targets were identified during an extension to the same radon survey that aided with the first discovery holes at the R390E and R780E Zones at PLS and include the strongest radon value in water anomaly to date on the property on line 945E (see news release dated May 6, 2013). Bryson Drilling and Northspan Explorations Ltd. have been awarded the core drill and RC drill contracts respectively. Barges and core drills have been mobilized to site and assembled. The remaining equipment is expected to be on site by early July.

Split core samples from the mineralized section of core will be taken continuously through the mineralized intervals and submitted to SRC Geoanalytical Laboratories of Saskatoon for analysis, which includes U3O8 (wt %) and fire assay for gold. All samples sent for analysis will include a 63 element ICP-OES, uranium by fluorimetry and boron. Assay results will be released when received.

Other additional work during this summer program will include establishing an environmental base line study in order to have independent data recovered over a sufficient time period for future environmental reporting purposes. Sampling for the purpose of characterizing geometallury is being considered.

The R00E, R390E and R780E zones are all along strike of each other along an approximate 850m trend parallel to the PL-3B EM conductor. The discovery zone, R00E, is the westernmost of the high-grade uranium zones and is located on land. To date 28 of 32 holes have intersected mineralization greater than 0.05% U3O8 over 0.5m down-hole width. The R390E zone is located 390m east of the R00E zone and is within Patterson Lake with water depth of approximately 4-5m deep. Significant uranium mineralization was intersected in 11 holes. The R780E zone lies 780 m east of the discovery R00E zone, and is within Patterson Lake at water depths of approximately 6.0 m. The R790E zone lies within a radon anomaly of over 240 m length and 120 m of width. Three fence holes were drilled on line 780E, and all 3 were mineralized.

Fission is Operator of the PLS exploration project, which is a 50%/50% Joint Venture held with Alpha Minerals Inc. PLS is accessible by road with primary access from all-weather Highway 955, which runs north to the former Cluff Lake mine, (greater than 60M lbs of U3O8 produced) and passes through the nearby UEX-Areva Shea Creek discoveries located 50km to the north, currently under active exploration and development.

The technical information in this news release has been prepared in accordance with the Canadian regulatory requirements set out in National Instrument 43- 101 and reviewed on behalf of the company by Ross McElroy, P.Geol. President and COO for Fission Energy Corp., a qualified person.

Fission Uranium Corp. is a Canadian based resource company specializing in the strategic acquisition, exploration and development of uranium properties and is headquartered in Kelowna, British Columbia.