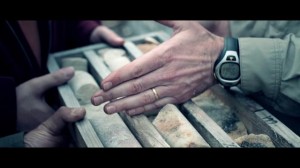 FISSION ENERGY CORP. (TSX VENTURE:FIS)(OTCQX:FSSIF) is pleased to announce that the previously announced plan of arrangement with Denison Mines Corp. has been approved by the Fission shareholders and optionholders. At the meeting of Fission Securityholders held on April 23, 2013, a special resolution approving the Arrangement was approved by 99% of the votes cast by Fission Securityholders, voting together as a single class.

Additional information regarding the terms of the Arrangement are set out in Fission’s management information circular dated March 22, 2013, which is available under Fission’s profile at www.sedar.com.

Fission Energy Corp. is a Canadian based resource company specializing in the strategic acquisition, exploration and development of uranium properties and is headquartered in Kelowna, British Columbia. Common Shares are listed on the TSX Venture Exchange under the symbol “FIS”.