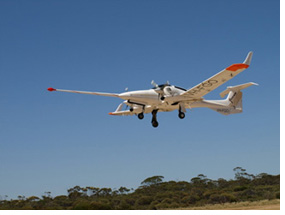 FISSION URANIUM CORP. (TSX VENTURE:FCU)(OTCQX:FCUUF)(FRANKFURT:2FU) and Special Projects Inc are pleased to announce the filing of a patent application for an invention entitled “System And Method For Aerial Surveying Or Mapping Of Radioactive Deposits”. The invention relates to an airborne system and method for surveying a geographic area to detect and map the locations of radioactive geological deposits, such as boulders and clusters of rock.

The invention results in a particularly high-resolution survey and is an improvement over known airborne surveying methods for radioactive deposits. The invention led Fission to discover the high-grade uranium boulder field at its Patterson Lake South property in Canada’s Athabasca Basin, home to the world’s richest source of high-grade uranium.

Radiometric surveys are regularly employed in exploration to detect and map natural radioactive emanations (from uranium, thorium and potassium), from rocks and soils. Meteorological conditions, the topography of the survey area, the influence of the Earth’s cosmic environment, the height of the sensor above ground and the speed of the aircraft are some of the variables which affect radiometric measurements. The invention resulting from the collaboration between Fission’s technical team and SPI is particularly sensitive to addressing these variables.

Prior to the Fission/SPI invention, airborne prospecting for radioactive minerals has been generally carried out by flying a fixed wing aircraft equipped with large detectors relatively high altitudes and high speeds over a geographical region to be surveyed. However, data collected in such a manner often does not allow for detection of localized geological deposits such as boulders and clusters of rock due to the large footprint of the measurement and the resulting background-to-boulder signature ratio. Additionally, many legacy systems, which used a combination of towed magnetometer sensors and large detector systems, lacked the electronic navigation and data acquisition tools required to collect and compile the information in a manner required to detect localized geological deposits.

The Fission/SPI invention utilizes a fixed wing aircraft using at least one radiation detector element to fly at an ideal height and speed over a geographic area and store the radioactive signal data. Furthermore utilizing advanced processing technology to map the radiation signal data to accurately identify and flag high priority points, which in the case for PLS resulted in the discovery of the high-grade uranium boulders.

Fission Uranium Corp. is a Canadian based resource company specializing in the strategic acquisition, exploration and development of uranium properties and is headquartered in Kelowna, British Columbia.