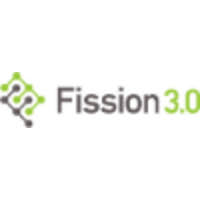 Fission 3.0 Corp. (TSX-V:FUU) is pleased to announce that it has closed its previously announced fully marketed private placement for gross proceeds of C$8,000,026, from the sale of the following:

Red Cloud Securities Inc. acted as sole agent and bookrunner under the Offering. In connection with the Offering, the Company paid the Agent an aggregate cash commission of approximately C$450,850, equal to six per cent (6.0%) of the gross proceeds raised under the Offering (except for a reduced commission paid to the Agents in connection with those purchasers listed on the president’s list, to which a reduced commission of three percent (3.0%) was paid. The Company also issued to the Agent 3,106,853 broker warrants, equal to six percent (6.0%) percent of the Offered Units sold pursuant to the Offering (and three percent (3.0%) in the case of those Offered Units sold to purchasers on the President’s List). Each Broker Warrant entitles the holder thereof to purchase one common share in the capital of the Company at a price of C$0.13 at any time on or before September 29, 2023.

The Company intends to use the proceeds raised from the Offering for future exploration work on the Company’s projects, corporate development and general corporate and working capital purposes. The gross proceeds from the issuance of the FT Shares will be used for “Canadian Exploration Expenses” (within the meaning of the Income Tax Act (Canada)), which will be renounced with an effective date no later than December 31, 2021 to the purchasers of the FT Units and Charity FT Units in an aggregate amount not less than the gross proceeds raised from the issue of the FT Shares. If the Qualifying Expenditures are reduced by the Canada Revenue Agency, the Company will indemnify each subscriber of FT Units and Charity FT Units for any additional taxes payable by such subscriber as a result of the Company’s failure to renounce the Qualifying Expenditures.

The Unit Shares, FT Shares, Warrants and Warrant Shares sold pursuant to the Offering are subject to a four month hold period, which will expire on January 30, 2022.

Fission 3.0 Corp. is a Canadian based resource company specializing in the strategic acquisition, exploration and development of uranium properties and is headquartered in Kelowna, British Columbia. Common shares are listed on the TSX Venture Exchange.