First Vanadium Adds $954,000 to Treasury Through Exercise of Warrants

First Vanadium Adds $954,000 to Treasury Through Exercise of Warrants 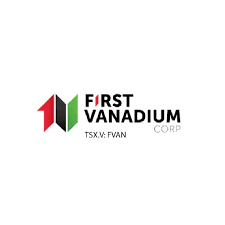 First Vanadium Corp. (TSXV: FVAN) (OTCQX: FVANF) (FSE: 1PY) is pleased to announce that in the past ten weeks, investors have exercised a total of 3,975,000 warrants to add $954,000 to the Company’s treasury. As a result, ninety-nine percent of the warrants from the October 2017 private placement have been exercised.

The additional funds will be used to increase the number of drill holes into the Company’s gold target on its property in the Carlin Gold Trend in Nevada (NR dated August 24, 2020).

In August and September, the Company conducted the first pass of reverse circulation drilling into the gold target under the supervision of Dave Mathewson. Two holes were 1.5 kilometres apart and designed to confirm rock units, depth of lower plate target rocks, and the presence of a gold system with associated hydrothermal alteration, according to the gold model envisioned and developed by Mr. Mathewson over the years of his exploring for, and finding Carlin gold style deposits. Assays are pending. Results for the first hole are anticipated in the next 2 weeks.