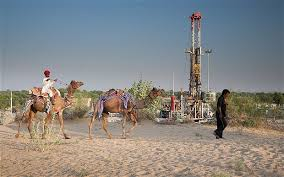 First Sahara Energy Inc. (CNSX:FSE) announced today that it has been invited to a meeting by ONHYM, Morocco’s Ministry of Energy & Mines, to finalize a contract for an oil and gas Reconnaissance License on an expansive property called the Beni Znassen Block. The meeting is scheduled to take within the next few weeks in Rabat, the capital of Morocco, and is expected to conclude with the signing of the contract and the issuance of the Reconnaissance License.

For the past five months, First Sahara has been engaged in an intensive evaluation of 14 available oil and gas properties in Morocco. This evaluation was narrowed down to one property – the Beni Znassen Block – located onshore in the northeast part of the country. The Beni Znassen Block was chosen because of the following attributes:

After a period of negotiation, First Sahara and ONHYM recently came to a general agreement on the terms of a robust work program, which will be carried out within one year of the issuance of the Reconnaissance License. Most of the work program will focus on the large structural anomaly and will consist of:

“Morocco is fast becoming a new frontier for oil and gas exploration and we are very enthused about the country’s potential to be a major petroleum producer,” said David Stadnyk, President and CEO of First Sahara Energy. “We are also grateful for and excited about the opportunity to be a part of this emerging story and we look forward to working with ONHYM to make our exploration efforts on the Beni Znassen basin a great success.”