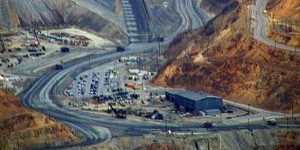 First Quantum Minerals Ltd. (TSX:FM) (LSE:FQM) and Lumina Copper Corp. (TSX-V:LCC) announced today that they have entered into a definitive agreement pursuant to which First Quantum will acquire, by way of a court-approved plan of arrangement all of the outstanding securities of Lumina. Based upon the consideration, the total value of 100% of the fully diluted common shares of Lumina is approximately $470 million. First Quantum currently owns 2.5 million of Lumina’s outstanding common shares.

Commenting on the proposed transaction, Mr. Ross Beaty, Lumina’s founder and largest shareholder said, “I am very pleased with First Quantum’s intended acquisition of our company. First Quantum is an outstanding mining company with a significant and growing portfolio of copper operations. In our view, they are the most capable company in the world to develop Taca Taca into a major copper mine. This transaction provides Lumina shareholders with the option to retain exposure to Taca Taca’s future development in the hands of a world class mine development and operating team through ownership of First Quantum’s shares. I encourage all Lumina shareholders to vote in favour of this transaction.”

The transaction will be carried out by way of a statutory plan of arrangement pursuant to the Business Corporations Act (British Columbia), and must be approved by the Supreme Court of British Columbia and the affirmative vote of 662/3% of Lumina shareholders.

The completion of the transaction is subject to customary closing conditions, including the receipt of any required regulatory approvals.

Under the Arrangement, Lumina shareholders may elect to receive, in exchange for each common share of Lumina held:

Lumina shareholders who do not elect any of the three options above shall be deemed to have elected to receive the cash alternative in respect of all of their Lumina common shares.

The Boards of Directors of both companies have unanimously approved the transaction.

Holders of approximately 33.6% of Lumina’s issued and outstanding common shares (on a fully diluted basis), including all of Lumina’s directors, officers and certain major shareholders, have signed voting support agreements pursuant to which they have agreed to vote in favour of the Arrangement.

In the event that the transaction is not completed, Lumina has agreed to pay First Quantum a termination fee of approximately $16.25 million, under certain circumstances. Lumina has also provided First Quantum with certain other customary rights, including a right to match any superior offers.

First Quantum intends to fund the cash portion of the transaction from its existing cash resources. The transaction is not contingent on any financing condition.

Andrew Carstensen, CPG, Lumina’s Vice President, Exploration and a Qualified Person as defined by National Instrument 43-101 Standards of Disclosure for Mineral Projects has reviewed and approved the contents of this news release as they relate to the mineral resource estimate and technical disclosure on the Taca Taca project.

For complete disclosure of Lumina’s mineral resource estimate refer to the Preliminary Economic Assessment Report on the Taca Taca Copper/Gold Molybdenum Project dated May 24, 2013, prepared by Ausenco Solutions Canada Inc. with an effective date of April 9, 2013, which is available under Lumina’s profile at www.sedar.com.
(1) Copper equivalent calculated using US$2.00/lb Cu, US$800/oz Au and US$12.00/lb Mo and is not adjusted for mining and metallurgical recoveries as these remain uncertain. The formula used is as follows: CuEQ = Cu% + (Au g/t x 0.583) + (Mo% x 6).
About Lumina

First Quantum’s current operations are the Kansanshi copper-gold mine in Zambia, the Las Cruces copper mine in Spain, the Guelb Moghrein copper-gold mine in Mauritania, the Ravensthorpe nickel-cobalt mine in Western Australia, the Kevitsa nickel-copper-PGE mine and the Pyhasalmi copper-zinc mine in Finland and the Cayeli copper-zinc mine in Turkey.

First Quantum’s market capitalization was approximately $12.8 billion based on the closing price of its common shares on the TSX on June 16, 2014.