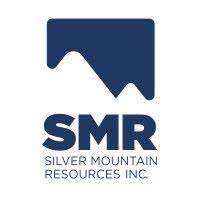 Silver Mountain Resources Inc. (TSX-V: AGMR) (OTCQB: AGMRF) (BVL: AGMR) is pleased to provide further results from its recently completed 2022 underground drilling campaign with a total of 16,955 metres drilled in 71 bore holes at the Company’s 100% owned Reliquias silver mine in Huancavelica, central Peru.1  The assay results of 4 holes drilled to test the Perseguida vein are reported in this release (Table 1).

The northwest-southeast striking Perseguida vein system, located about 200 m northeast and subparallel to the Meteysaca vein, has seen limited underground exploitation from four mine levels, predominantly above the 560 m-level. Four exploratory bore holes were designed to investigate the continuity and mineralization of the northwestern part of the Perseguida vein, approximately 100 to 150 m below the lowest historic mine development. The mineralized structure has been encountered in all holes, reaching thicknesses between 0.30 and 1.25 m. The brecciated Perseguida vein is composed of silver sulpho-salts, galena, sphalerite, chalcopyrite, in gangue material including quartz, pyrite, and rhodochrosite.

Alfredo Bazo, President and CEO, commented: “Aimed at expanding the known mineralization below the historic resources at Perseguida, these initial drill holes identified promising intercepts from this structure. High silver grades are accompanied by elevated lead, zinc, and gold values in this vein. Drill hole SMR-60-22-PER also intercepted a high-grade interval of the Meteysaca vein, proving the extension of the structure at least 250 m to the southeast of the existing 415 m-level. We are also excited that a previously unknown vein was recognized between the Meteysaca and Perseguida structures (see Table 1). Its initial intercepts returned up to 132 g/t Ag, 4.2% Pb, 11.8% Zn, and 0.52 g/t Au over thicknesses of 0.3-0.5 m, which warrants follow-up drilling during the upcoming drill campaign.” 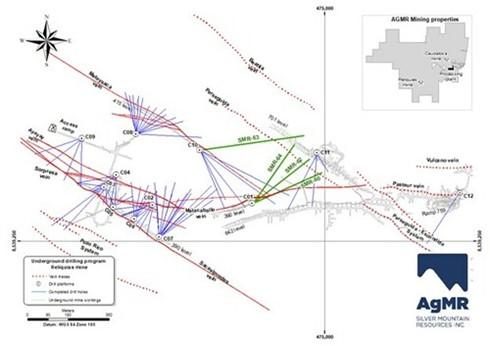 Fig.1: Plan view of underground drilling program at the Reliquias silver mine, showing traces of drill holes completed in 2022 (in blue). The four holes reported in this release are labelled and highlighted in bold green lines. Additionally, underground workings, main mineralized veins, and drill platforms are displayed. Inset map shows Reliquias property block with locations of both silver mines and the processing plant.

The following table shows the results of mineralized intercepts encountered in the drill holes reported in this news release in more detail. 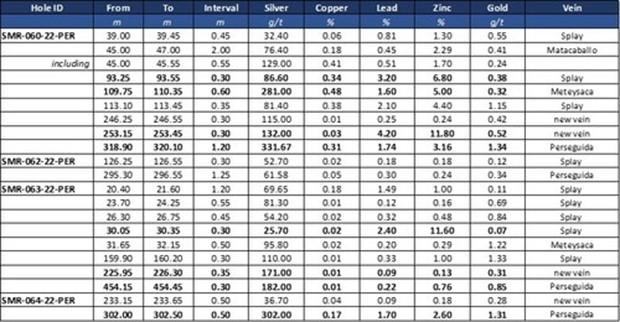 Table 1: Weighted assay results of four drill holes testing the Perseguida vein. Intervals are downhole drilled core intervals. Drilling data to date is insufficient to determine true width of mineralization. The last column of the table indicates whether a drill intercept corresponds to one of the principal veins or to a vein splay. 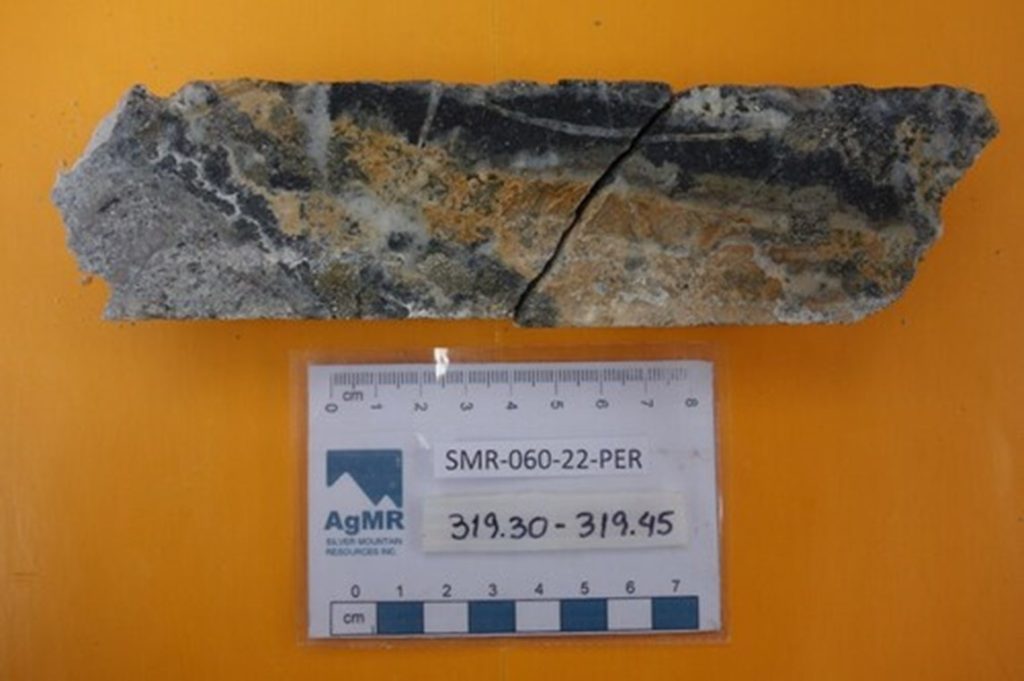 The scientific and technical information contained in this news release has been reviewed and approved by Antonio Cruz, an independent consultant of the Company and a Qualified Person within the meaning of National Instrument 43-101- Standards of Disclosure for Mineral Projects.

Silver Mountain Resources Inc. is a silver explorer and mine developer planning to restart production at the Reliquias underground mine and undertake exploration activities at its prospective silver camps at the Castrovirreyna Project in Huancavelica, Peru.