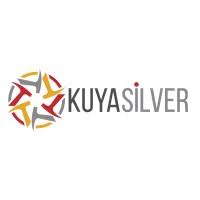 First Cobalt Corp. (TSX-V: FCC) (OTCQX: FTSSF) is pleased to announce that it has completed its transaction with Kuya Silver Corporation to sell a portion of its exploration assets in the Canadian Cobalt Camp and form a joint venture to advance the remaining mineral assets. Kuya has acquired a 100% interest in the properties located in the historic Kerr silver district along with an option to earn a 70% interest in the remainder of First Cobalt’s Ontario land package.

First Cobalt shall have a right of first offer to refine base metal concentrates produced at First Cobalt’s refinery as well as a back-in right for any discovery of a primary cobalt deposit on the Remaining Assets.

“The transaction with Kuya allows us to advance our strategy of producing the world’s most sustainable cobalt. Our priorities are to recommission our Canadian refinery to produce cobalt sulfate by late 2022 and to resume drilling at our flagship cobalt-copper project in Idaho.

This transaction creates value for shareholders with a prospective asset that we do not have the bandwidth to progress due to our focus on our more advanced assets. We are proud to be partnering with Kuya, as a shareholder and as a joint venture partner, to build upon First Cobalt’s previous exploration work in a historic world class silver and cobalt mining camp.”

The $4 million payment received today was comprised of $1 million in cash and 1,437,470 Kuya common shares. $500,000 of the cash consideration will be held in escrow pending completion of certain post-closing obligations. Future contingent payments described above may be paid in cash or shares, at Kuya’s election.

Cormark Securities Inc. acted as advisor to First Cobalt in connection with this transaction.

First Cobalt holds the largest land package in the historic silver-cobalt mining camp of Cobalt, Ontario, with more than 10,000 hectares and over 50 past-producing mines, including some of the region’s largest high-grade silver producers. The Company invested $10 million in an extensive exploration program that included creating a proprietary 3D geological model based on digital compilation of historic mine workings, integrated with exploration drilling, geophysical data and surface bedrock geology maps.

Over 600 million ounces of silver and 50 million pounds of cobalt were mined in the district along with copper and nickel over a 60-year period. Discovered in 1903, silver production peaked between 1919 to 1931. Exceptionally high-grade vein-style, native silver mineralization was mined at up to 185 oz/t Ag (5,200 g/t Ag) from surface and underground.

The Kerr Assets include eight historic silver mines on a contiguous 900-hectare area: Crown Reserve, Kerr Lake, Lawson, Drummond, Conisil, Hargrave, Silver Leaf and Bailey. These mines produced over 50 million ounces of silver and 900,000 pounds of cobalt, mainly between 1905 to 1950. The deepest shaft was less than 200 metres. Also included in the Kerr Assets is the nearby Silverfields property, which was mined by Teck until 1989 to a depth of 300 metres, producing over 17 million ounces of silver, demonstrating the depth potential to some mineralized systems.

First Cobalt owns North America’s only permitted cobalt refinery. Cobalt refining is a critical component to the development and manufacturing of batteries for electric vehicles and forms a foundational piece of the next generation of the North American auto sector and other electrified consumer and industrial applications. First Cobalt owns the Iron Creek cobalt-copper project in Idaho, USA and controls significant silver and cobalt assets in the Canadian Cobalt Camp, including more than 50 past producing mines.

Dr. Frank Santaguida, P.Geo., is the Qualified Person as defined by National Instrument 43-101 who has reviewed and approved the contents of this news release. Dr. Santaguida is employed as Vice President, Exploration for First Cobalt